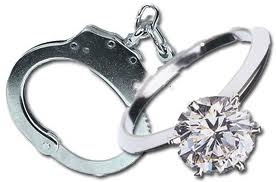 So I have some uber good news to share with you guys. 🙂

Yesterday Mr Point Five was accepted in the Sergeants Pool for WAPOL (Western Australian Police). I know that term is kinda obtuse so I will explain what it means.

How Police promotion works in WAPOL  is that some ranks are time based, such as becoming a First Class Constable after five years of service (hubby’s current rank) and a Senior Constable after nine. After Senior Constable there is the rank of Sergeant.  A First Class Constable or a Senior Constable can apply for Sergeant. This annual promotion is achieved through putting in an application with all your credentials, (a WAPOL resume if you like), and then if that gets accepted you need to nail an interview and exam.  If you pass both of those, you get accepted into what they call the “Pool”. This year there were about 300 applicants I think which were narrowed down to 150 to be interviewed and tested and from these, 70 were selected for promotion to the Sergeant Pool. So you retain your current ranking BUT you can now apply for Sergeant positions.

Clear as mud? Yep, thought so!

Now, you would think it was all smooth sailing after that yeah?

Only Sergeant positions which are deemed “Hard to Fill” (which means they have been advertised for three weeks or more with no applicants) are offered to the pool for application. So obviously Margaret River, Bussleton, Broome and the trendy awesome postings will never go to the pool. Nor will most spots in the Pilbara or the Kimberley as they get very attractive wage penalties. This means that hubby will be offered the not-so-popular postings as a Sergeant, which I guess is how those places get filled anyway. Someone has to do the job there and the newbie Sergeants in the pool are the way it happens 🙂 After you have done your first Sergeant tenure you can apply anywhere in WA fora Sergeant position when one is available with no restrictions.

Country postings are subject to tenure; this is a question I get asked a lot about. Basic tenure is a two year minimum and a four year maximum. You are allowed to break tenure for promotion which is why we are allowed to now apply to leave this town even though we have only been here for eight months now. The reason they have tenure in country towns is for two reasons. Firstly so as to keep the positions rotating, so everyone gets a chance to do their country time (like teaching, a country stint in WAPOL is compulsory) Secondly, to deter corruption as once a police officer becomes comfortable and friendly in a small town, it can make his job sometimes very difficult.

So we are totally stoked to now have the opportunity to apply for Sergeant positions – its a massive promotion for Mr Point Five, allowing him to basically skip the ranking of Senior Constable completely and possibly be an OIC of a small station, although unlikely in your first Sergeant posting. I am so proud of him. 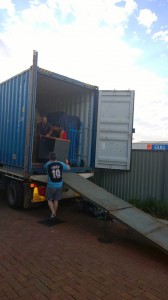 We only just did THIS in November last year…..

So you can see where the bad news comes in…firstly we will need to move towns again as WAPOL don’t like to promote within your own station, and secondly, it prolly wont be a classy sort of town that we get posted to. Basically the dregs get offered to the pool. I mean, we could jag a good one that for some unknown reason has been vacant for three or more weeks, it can happen, but not likely. I am hoping to stay somewhere in the SW of Western Australia and G Man needs to be in a town that caters for his dyspraxia so it will need to have a speech therapist, or be within an hours drive of one. I would also love to be near a beach!!!! #asif   The available postings are emailed to Mr Point Five each fortnight and you need to be seen to be applying for positions. You can’t sit back and wait for that perfect town to come up or WAPOL may give you a formal offer to a town. If you dont accept a formal offer, you can be removed from the pool. Scary, to be gambling with your lifestyle on the line.

I will also have to start all over again trying to fit in and make friends in a new town. I cannot tell you how over that I am. All the things like this that go with the constant moving.

G Man will have to start at a new school, although I am desperately hoping we can stay here until he finishes year one in December as his teacher is amazing. If a really plum spot comes up before then we will definitely apply though, so we shall see.

It will all come down to fate and what is meant to be huh?

I have told hubby that I really want this to be our last country posting and house and he agrees. This next town will be our sixth in possibly seven years. Ridiculous! After our tenure is up for this next Sergeant position I would like to settle down somewhere; build some roots and foundations. Let the boys do high school in the same school.  We would like a bit of land to build our house of dreams on which is accessible to a few stations so whilst hubby can be transferred, he and his family can stay put. Hopefully somewhere on the outskirts/foothills of Perth would be perfect.  We have our feelers out and we are one step closer to this now.

So there you have our big news.