Moving – not just houses but towns. All. The. Time.

Two Point Five Kids December 15, 2013 Moving – not just houses but towns. All. The. Time.2014-12-17T13:29:24+08:00 Uncategorized 2 Comments
So, as you know we move house.
A lot.
In fact, this is our 5th move and 4th new town in just over six years.
This move was perhaps our best one for us personally as a couple, in that we only fought a handful of times and came out the other end still talking to each other with a wry smile 🙂 Only once did Mr Point Five say ” I HATE moving with you” which I consider to be a win and a sign that I am improving on my stress levels of moving 🙂
On the flip side this one was our worst moves from a logistics point of view. With the other 4 moves, we have always had a day with the removalists (pre-pack), a day loading the truck and travelling to our new town (up-lift), and a day unloading the truck at the new house (unpack). For whatever reason with this move, although Mr Point Fives work roster reflected this timetable, the moving men had us down for our up-lift and unpack on the same freaking day!!! This meant that our actual move day started at 7am with the packers arriving at our old house to load the truck and them pulling out of our new house driveway at 9.30pm the same day. It was well fucked.
Wridgeways, if you are reading this, I will complain like a bitch possessed if you do that to us again.
And, to top it off, one of the two removalists was sick as a dog, had to stop twice on the highway to puke his guts up, and couldn’t help at all unloading the van at our new house. Mr Point Five and the remaining packer dude did the lot. Again, the F word was used a LOT. It was a complete FUBARéd day and well up there in my top five worst days ever. 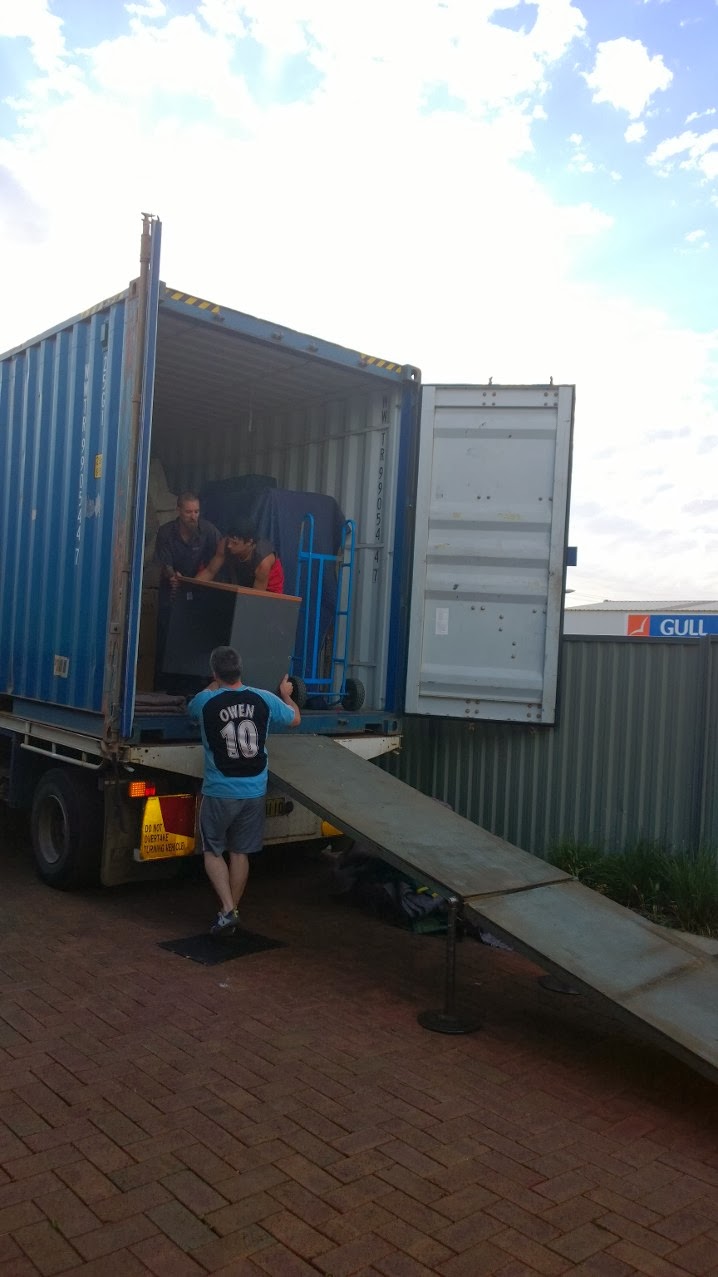 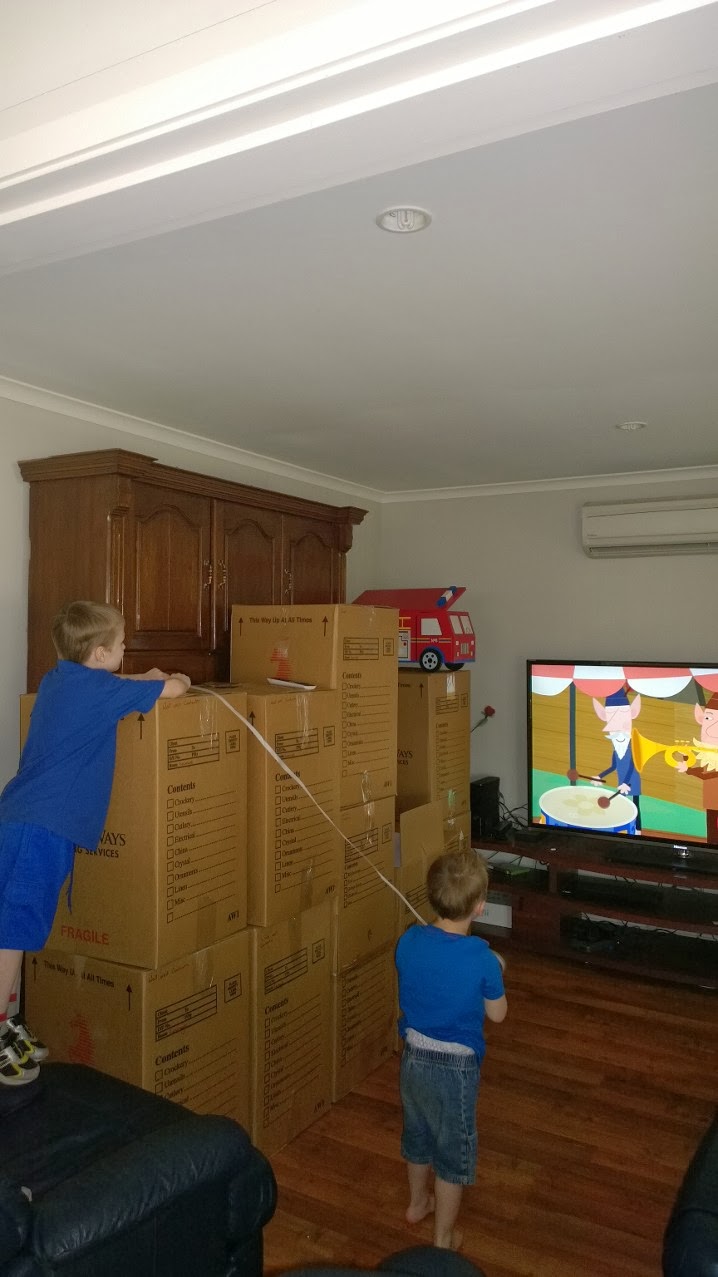 I put it to you guys as to what you would like to know specifically about our move…..
Q. How do our kids cope and what effect has moving had on them?
A. Well, G Man is rising six and he had a bit of a concept of moving house before we actually moved. We explained what was happening and why. We took them both to see our new town and to the empty house before we moved in, made it out like a big adventure as in how many sleeps until we see our new house? We had a calendar and marked off the days, like birthdays or Christmas. I think this helped a LOT as we let G Man choose his bedroom which he was excited and very pleased to do. We took him to see his new school and meet his teacher which also really helped too I think – another big adventure. We had a few tears some nights before we left (and after we arrived) of him saying “I don’t WANT to move house, I like our OLD house” which broke our hearts but we just explained that a house is just four walls and that we would all be together in the new house. We told him about the pool in our new town (there wasn’t one in our old town, big drawcard) and showed him some pictures on the internet of it. We reminded him of his new bedroom and focussed on Christmas which was coming up soon after the move. We asked him where he thought the Christmas tree should go in the new house and then got him writing his Christmas List; the art of distraction 🙂
Master J has only just turned three and has the attention span of a gnat so moving didn’t really affect him. It was all one big adventure and we didn’t really warn him much at all – he just went with the moving flow. He adapted well to his “New Mare Bears” (his daycare in our previous town was called Mare Bears) and he didn’t mention our old house at all. Gotta love being three.
As to what effect all the moves have had, I’m not sure. This has been the first one where G Man really noticed and mentioned the negatives, like leaving his friends and missing the old house etc but it was short lived. I think if he didn’t miss his friends and an old house it would be odd, its natural. The next move will be tougher I think but we will try and get them involved in stuff with the new house etc and do it like that again if we can. Making a move a big adventure is the key with kids I reckon. Ask them how they want to decorate their new room, get them something new for it as a treat. Also, remember to pack to TV remote in your handbag.
Making sure I have a good relationship with his new teacher is paramount. With his dyspraxia, I wanted her to look out for him, make sure he fits in and has little playmates etc. We were really lucky – his school here is fabulous and I really trust he will get the best pastoral care he can.
I did a whole post on moving with kids a while back – HERE 🙂 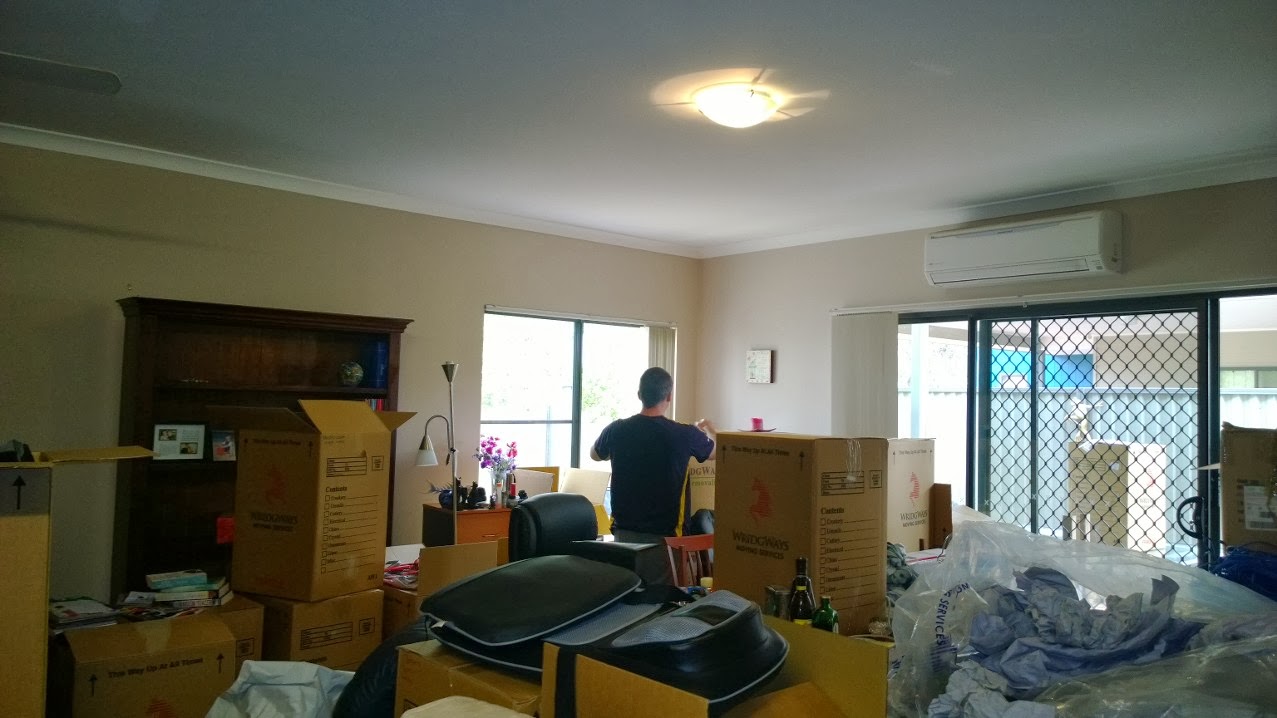 Q. How do I adjust constantly moving not just houses, but entire towns?
A. This time around I have learnt not to put so much pressure on finding friends to fill your days. I learned that from the last town I was in. I had two very good girlfriends but neither were available to me on tap like my friends in my previous town where coffee dates were a daily event. I had to learn to be happy within my four walls with my family and not seek affection/stimulation from elsewhere. It was the toughest thing I have done so far regarding all the moving and I began to feel very resentful. I wasn’t lonely or depressed (thank you to the lovely Jane from The Hesitant Housewife and Facebook), but I was extremely bored. Getting some part time work at the Shire worked really well and helped me feel more like “me” again.
So when we moved here I tried to trust that I would find friends and just be happy at home with my boys. Our home is our oasis. I went straight out and got some casual work at the Shire which gives me my much needed adult conversation and although I have chatted to a few of the Mums at school, I have yet to invite anyone over for a playdate – it just hasn’t felt right, you know what I mean? I haven’t found a bosum buddy. It will happen I guess, but if it doesn’t that’s cool. Work and my home will get me by. And I have Jane and my cyber buddies for company.
You know what I miss most, moving around all the time?
Coffee with friends. REAL friends, ones who know you and who love you and accept you.
Friends with history who you can say, remember when???
I miss that like nothing else.
I crave that.
Its the worst part of moving, my greatest sacrifice – leaving real flesh and blood behind.
I hope when we move back to the ‘burbs I can rekindle some of these friendships I have left behind.
I hope they stand the test of time and geography.
Until then I am grateful for Facebook so that I can keep in touch with all the lovely people I have met in my travels. Within the sadness that is leaving great friends behind, is the knowledge that I wouldn’t have met some truly beautiful people if we didn’t move all the time. Silver lining and all.
I miss my friends in the flesh.
Sigh.
Not having the grandies/close friends for babysitting is also a bummer – I can count on two fingers to amount of times Mr Point Five and I have been out solo since having kids. Its crap. 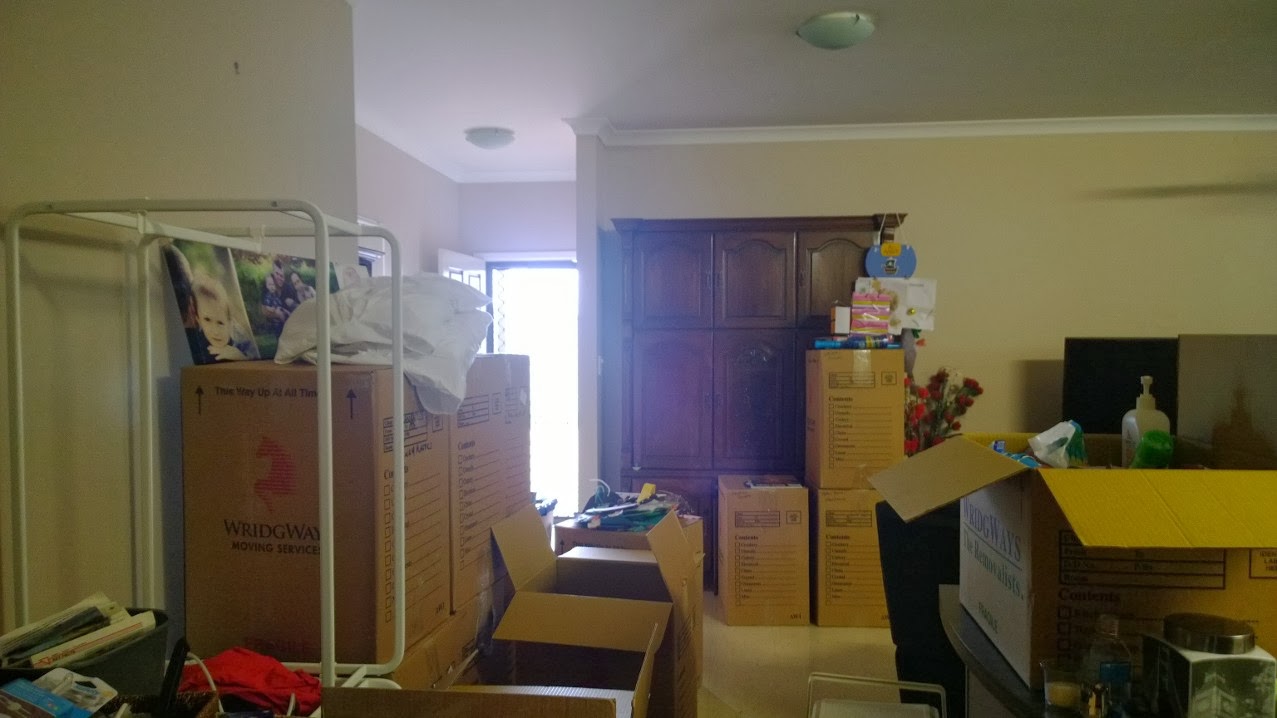 Q. What are my “must-do” activities to meet new people?
A. Ummmmm – when you have kids its just add water I guess.
Go to the birthday parties your kid is invited to. Don’t Stop and Drop, stay and chat to the other Mums; ask questions about your new town and be positive about the move, nobody likes a mope.
Go a few minutes early to school pickup and chat to the Mums at the gate.
Go to Playgroup with your little one if you can. Playgroup is as much for the Mums as it is for the kids, I firmly believe that! Sometimes playgroup was the only activity on our weekly calendar and the adult conversation was like GOLD.
Join a pram-walking group if there is one.
If your hubby has a work “do” then go along – meet some spouses.
If daycare is an option then try and get some casual work hours a few days a week. Work has done wonders for my mind this past 18 months or so.
See if there is a facebook page for your town; join it and join in the conversations.
Be brave.
Trust that you are awesome and worthy of meeting.
Also, SMILE, you never know who might be watching.