You asked for it – the Poo EXPLOSION!!! 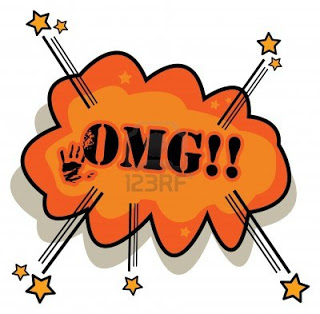 So, yesterday there was poo. Lots of it. A plethora if you will.
I don’t believe in much outside my existential being, but I DO believe the Poo Fairy was watching over me yesterday in the form of my husband.
Let me explain….
I generally go to Albany (our nearest “shopping centre”, about 90km from home) once a week for G Man’s speech therapy. Whilst there I sometimes take the boys to Maccas for lunch afterwards. It has a good sized indoor play area (I’m sure you know the ones) and a McCafe that have Chai Lattes. Yum. I always do a big Cloes/Woolies shop as well as it is our closest to home. Most of the time Mr Point Five is working and I am solo with the kidlets but yesterday, he was on his annual leave so he tagged along and we made a day of it. To actually get the story straight, I was supposed to be at work for the WHOLE week but hubby declared himself completely inept at doing a grocery shop with both kidlets in tow. He actually said he would rather give up the $200 I could have made at work to have me with him doing a shop. Cereal! I’m not sure whether I should be flattered or horrified.
ANYWAY…..
We were in Maccas (not a sponsored post, I promise, its just where we were), G Man was eating his nuggets and chips and Master J was playing on the playground. I was inside the restaurant holding the bubba of a lady I knew from town whilst she was in the loo. Hubby is calling me.
Honey.
Didn’t hear him the first time
LISA.
Heard him but ignored him as I couldn’t put the baby down to come in
LISA!!!!!
Bub’s Mum comes out from the loo so I go back into the play area and find hubby holding Master J up by one ankle and under one arm. I didn’t look too closely but I could SMELL that sickly sweet smell that only a Mother really knows well.
Apparently whilst Mr Point Five was eating his lunch another Mother came up to him and asked if that little boy belonged to him. Point Five assumed responsibility and she politely informed him that perhaps he may want to go and collect him from the slide and take him to the bathroom. Point Five went over and examined Master J and that’s where the calling for my attention started.
I left hubby holding Master J for the minute and had a quick look at the foulness spread all over the play equipment. It was too far gone and way more than a quick one-man job.  With the locking of the eyes and an unspoken agreement that hubby would look after G Man and tackle the clean up in the playground,  I was handed Master J, liquid poo dripping from his shoes.  Accompanied by sympathetic looks and a few giggles from the other diners, I raced to the bathroom to assess the damage.  It would have been like Hansel and Gretel leaving poo drips instead of bread crumbs back to the playground.
O.M.G.
It was everywhere.
I stripped him down, threw his shorts, his fave dino T-Shirt and socks in the bin and sat him butt-naked on the rim of the (very small) wash basin. His nappy was a swimming pool. There were no paper towels, just a hand dryer. I couldn’t leave him sitting on the edge of the basin to grab some loo paper, so I fished the less poo-soaked item of clothing, the T-Shirt, out from the bin, rinsed it and tried to wipe poor Master J down with that. Like cleaning your teeth whilst eating Tim-Tams.
This was easily the MOST DISGUSTING thing I have ever had to do as a parent.  There was poo under armpits, inbetween fingers and in belly buttons. No matter how much I washed him there was more to be discovered.
To my horror I had exactly 4 nappy wipes in my bag. No change of clothes. One scented nappy bag and one nappy. I tried to wipe him dry with the wipes and popped a fresh nappy on him. I cleaned up the floor which was smeared with runny poo from where I had stripped him off with what remained of the T-Shirt and chucked it back in the bin. I put his shoes in the nappy bag and prayed to the Poo Fairy that I had none obviously on me or under my nails. Washed my hands – like THAT will erase the aroma of Eau de Faeces from my clothes.
Mr Point Five popped his head in to check our progress. He had been in with the sweet lad from Maccas wiping down the play equipment and had gotten our Chai Lattes transferred into cups-to-go. There was a “wet floor” yellow sign propped up in the playground area with a “CLOSED” sign on the door. Our names were poo, mud.
Carrying a wriggling and desperate to be playing on the slide Master J, clothed in nought but a nappy, we beat a hasty retreat and made a bee-line to Best and Less for a complete new outfit, size three.
Things I have learned:
There is always more poo;
Master J looks uber-snappy in bright red cargo shorts. I should have bought him some sooner and not waited until the poo explosion from hell to get them for him;
I really should teach my husband how to grocery shop without me.

« Things I learned on my Weekend :)
Airflex Shoes – Giveaway »