Things I learned on my Weekend :) 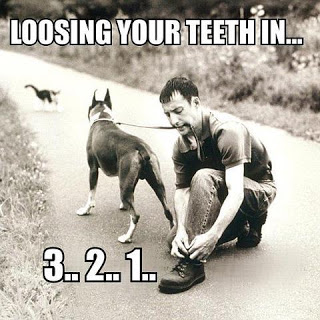 So, we had my gorgeous Mum and her husband down for the weekend to stay with us for the night.
These are some things I have learned.
1. Sleeping with your husband and your five year old in your five year olds bedroom was NEVER going to ensure a decent nights sleep.
2. Whoever invented the blow up mattress should be shot – farking stoopidest sleep depriving invention ever. Turn, Crackle, Roll, Crunch, Turn, Crackle…..Does. My. Head. In.
After listening to G Man for just over two hours I woke him up and told him to get into the double (uncomfortable as all fuck even with a mattress foam underlay) couch-bed with me. Another dumb idea but at least it was silent torture. Did I mention G Man is a restless sleeper and kicks?? Sigh. All whilst Mr Point Five is lapping up the relative luxury of sleeping solo in G Man’s single bed. At least he was still in arms reach if he snored.
3.  Les Miserables is AWESOME!! Although I get why some people really loathed it. You either like musicals or you don’t. A film version of a musical is still a musical. Mum and I watched it on Saturday night. Just BEAUTIFUL. This definitely formed part of my insomnia – tossing and turning to the strains of “Do you hear the People Sing…..”
4. I havent downloaded, seen Lincoln yet, but Daniel Day Lewis better impress. Hugh Jackman in Les Mis was To. Die. For.
5. If you want to watch Les Mis or Phantom of the Opera in silence, dont ask me to watch them with you. Lucky my Mum loves me. I know ALL the lyrics. No joke. And unless told otherwise in a very grotty tone I will sing along. Loudly. Uber annoying, I get it but I honestly cant help myself. Top Gun and The Princess Bride too. Hubby missed all my awesomeness as he had his headphones on for his game. His loss. Pssst. Andrew Lloyd Webber – call me.
Have you seen Les Miserables? Did you love it or hate it?
I ADORED Hugh. Thought Anne did a stunning job, WOW, and Russell did Javerre justice. I always wanted to play Eponine in it – I ADORE her song “On My Own” – just divine, sends shivers down me.
So that was my weekend. Plus Mums hubby is a vegetarian and Mr Point Five STILL on a diet – always a challenge for me to cook lunch, dinners and a hot cooked breakfast 😉

« Honesty does NOT excuse Bad Behaviour – brought to you wearing my Ranty Pants.
You asked for it – the Poo EXPLOSION!!! »