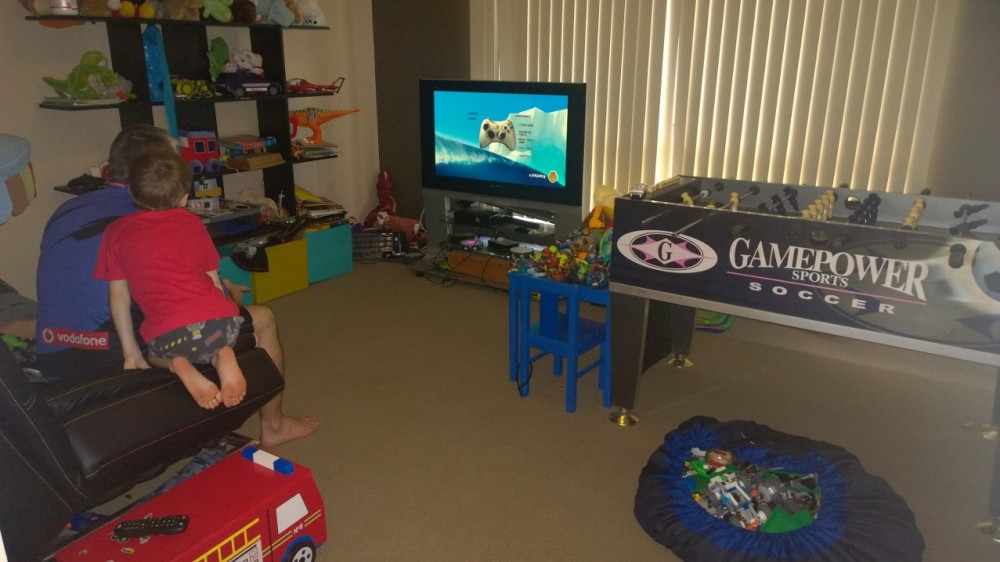 See that Lego bag in the bottom right hand corner, designed to keep your Lego contained and neat and tidy?

Yep, well not three days later it inevitably ends up like the picture below, which was taken this morning. 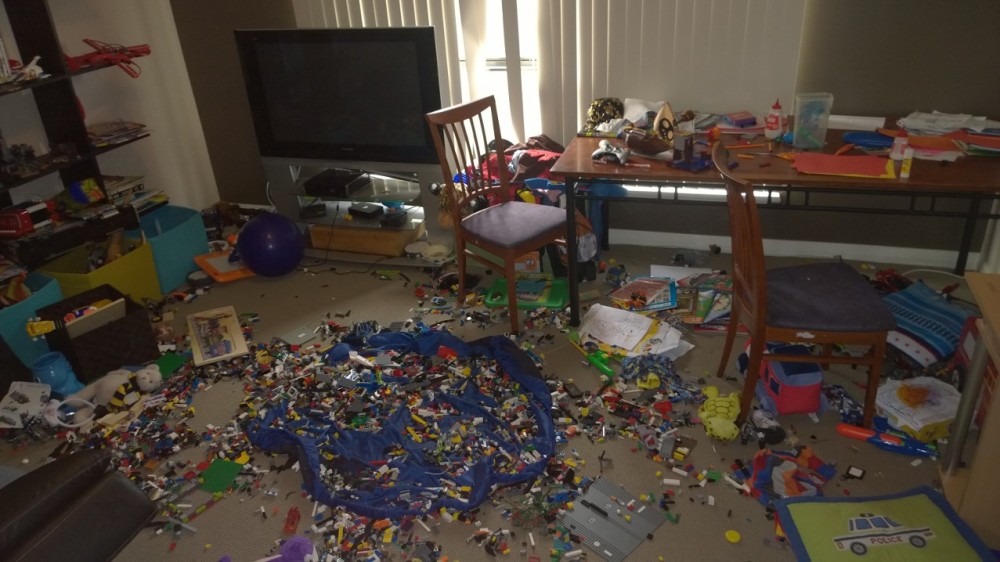 The boys always end up on the floor ferreting through it to find the pieces they want and it NEVER stays in the bastard bag.

Then there is the song-and-dance routine to get the boys to clear it all up back into the bag; this starts with me nagging and saying well, if you didn’t let it get so messy, then there wouldn’t be so much mess to clean up would there?? (such a Mum-ism) and ends with both of them in tears and often a mexican stand-off resulting in three days of no TV until it is back in the bag.

It’s hideous and although the bag seemed like a good idea at the time, it is not a solution for us as a family. With Mr Point Five going away today for three weeks I knew I had to do something as I couldn’t bear the rigmarole of the Lego dance with the boys solo.

We googled some Lego Table ideas and most of them have this lip around the edge to stop the Lego from falling off.

I couldn’t see anywhere to buy one big enough for our stash, and the good sized ones looked a bit tricky to make. 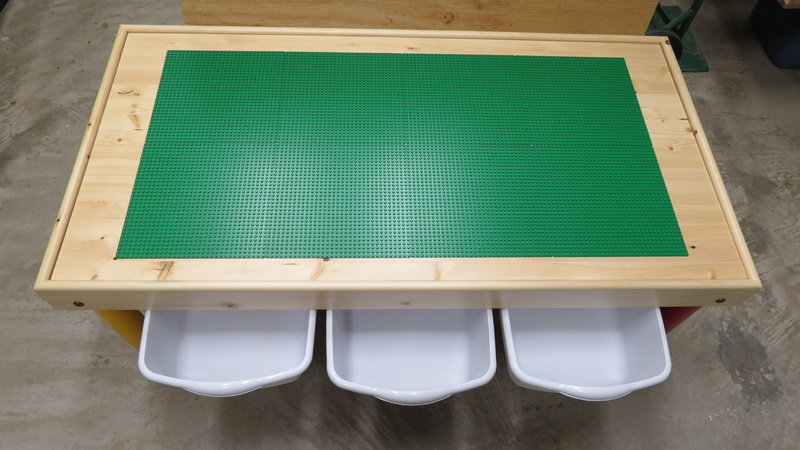 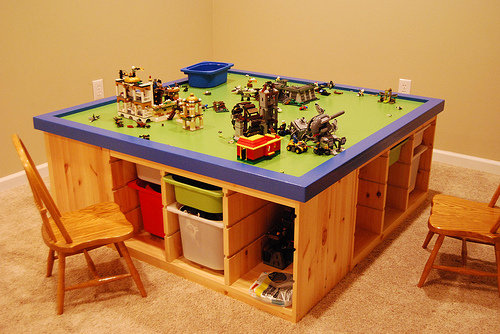 Last night I woke up at stupid o’clock  with an epiphany – we have just moved our old dining table into the boys toy room as their craft table but really it doesn’t get used for much and the boys don’t sit at it often, preferring to do their Lego on the floor and make a massive mess.   I realised that I could use some of our now redundant Thomas track around the edge to keep the Lego from falling off and if I bought a couple of containers there would be heaps of room on the table to sit them.

So this morning after the school run I went to our local shops and tried to buy something like this…. 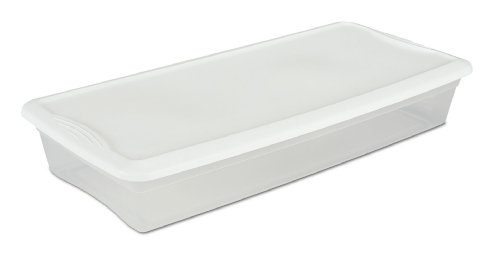 ….which would be ideal as they are shallow enough for the boys to sort through their Lego and would fit nicely at either end of the table, no drawers required. But after looking at a few shops in town, the best I could find was two of the blue tubs in the pic below. They will do for now and Mr Point Five will keep an eye out whilst he is away for more appropriate containers. 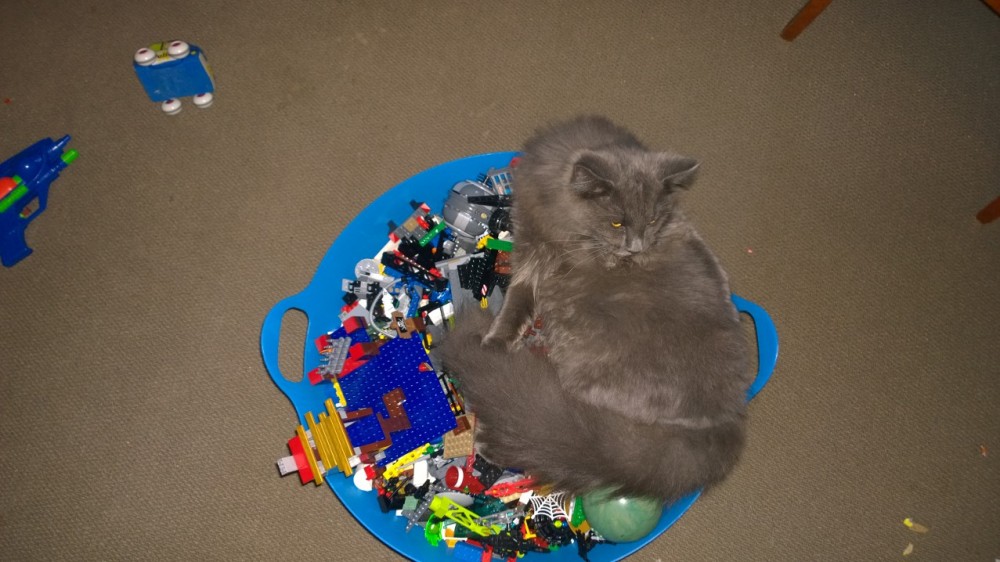 So this morning I packed all the Lego up into the two tubs and I went and got some of the Thomas track I had put away in our cupboard. 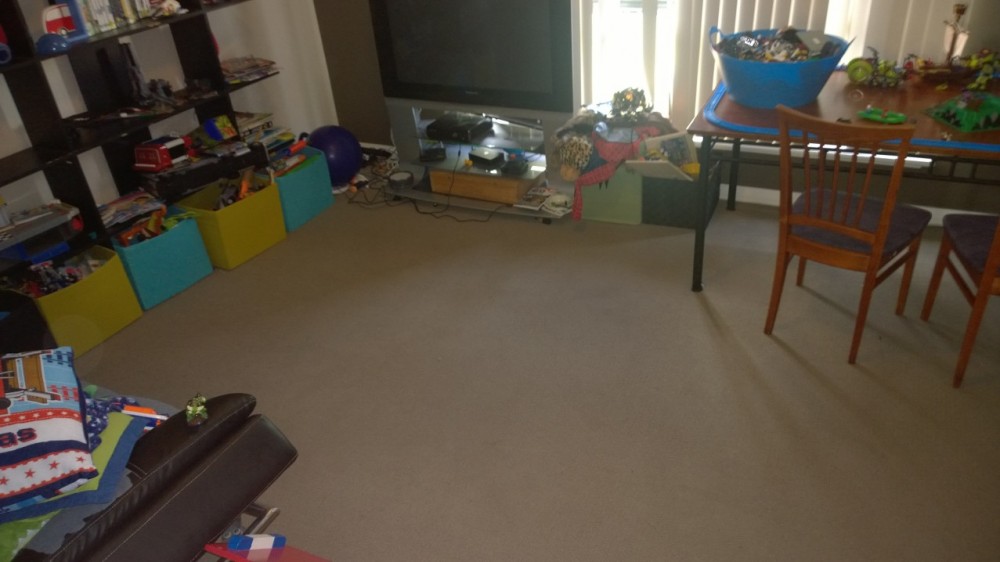 I fitted the track around the edge of the table and stuck it down with double sided foam tape. 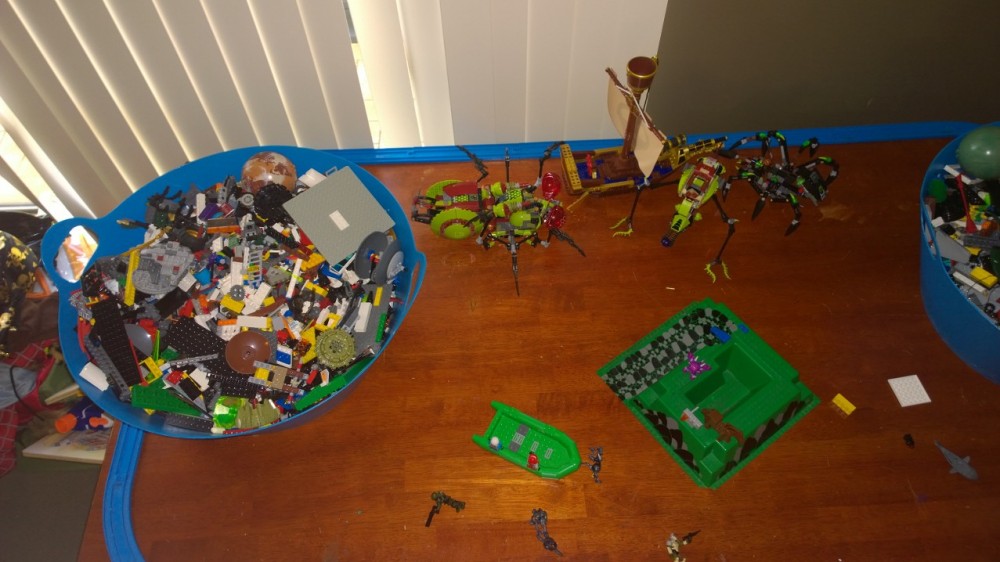 I left one section of track unattached so you could take it out, put the tub on a chair and “sweep” the Lego into it when the table got too full – saves having to pick up all the little buggars. 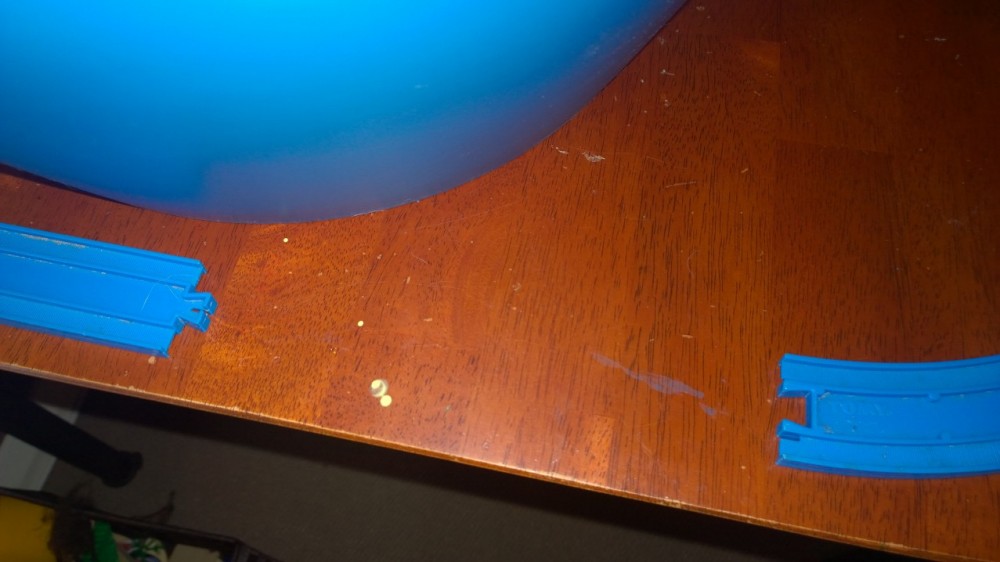 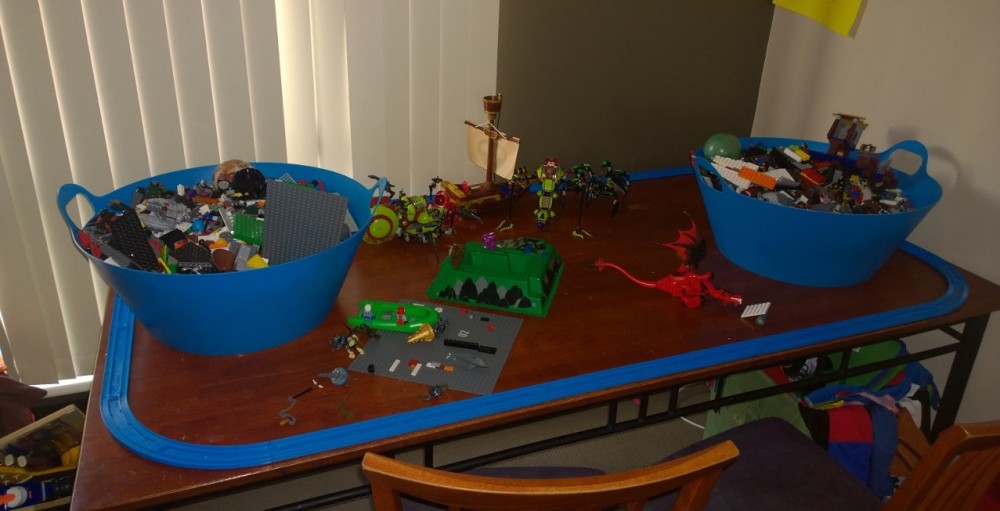 How do you store your Lego?

Do you think this is pure genius or is it just me?