For Sale; wedding dress, worn once by mistake. 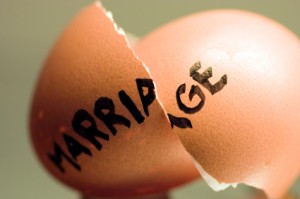 SO by now most of you would have cottoned on to the fact that I was married before Mr Point Five came along. In fact I was still married WHEN he came along 😉 Nothing naughty going on; I had been separated for just over six months before we met but had to wait until the 12 month mark to apply for a divorce.

I have done a previous post about my first day being physically single as part of a linky blog, entitled First Day which kind of tells you how we separated, but I thought to write about why we got married to start with and why it was such a mistake. I often get that look, you know the  disapproving one when people ask how long you were married for, and I answer three years. Well, here is why I am not a failure.  🙂

When I was in high school I had the notion that I would meet the man I would marry at 21, get married at 23, have a baby at 25 and live happily ever after.

Boyfriend after boyfriend and one massive broken heart  later I was finally with someone who I considered to be my equal, both spiritually and intellectually.  Peter was compassionate, intelligent, generous, kind and gentle. He met me whilst I was sill nursing my broken heart and turned me around, opened me up; I was 25. We fought like cats and dogs, had a few epics barnys, but mostly with vitality, good humour and passion. We adored each other. He lived with another two boys and I lived on my own. After nearly three years of dating we went out for dinner for his birthday in September. He took my hands in his, and said…..”I don’t think I ever want to get married or have children”. Well, I do, I said, very much so. We broke up that night, very adult-like and matter-of-factly.

New Years Ever that year I went over to his house after work and out of the blue he proposed to me.  Well, what he actually said was that he had been giving it a lot of thought and had decided that he didnt want to lose me. Now, this is NOT the same as asking someone to marry them because they love them and want to be with them forever; its really not. I wish I could see that at the time, but I was swept away with the whole romance of him not being able to bear being without me that of course I said yes.  He moved in with me and we got married 14 months later. I was 29 years old.

Just over 12 months later, things started to go downhill badly. We had decided he would go back to uni and study his passion, nanotechnology. We had a mortgage so I got a second job, whilst he did bar work in the evenings. He would still go over to the house he was living at before we got married and play Playstation Games until the wee hours and I knew he smoked a bit of pot whilst he was there. Some nights he just crashed there the night but as time went on, he didn’t come home for 2, 3 sometimes four nights would go past and he wouldn’t be home. When he did come home  he would ignore me sexually. I would offer myself to him in my slinky underwear, or sometimes none at all on the couch for when he got home; he would say he was tired, walk right past me and I would go to bed. If I got up in the night I would catch him wanking. If I came home early from somewhere I would be very stealthlike down the drive with the engine off and I would catch him wanking through the window.  If I ever did force intimacy upon him, Mr Droopy would pay a visit and it was just embarrassing for all involved.  There were tears and I cried myself to sleep a lot. We fought every single time we saw each other. (This post came from these experiences with him)

We went to marriage counselling that November and after a few joint and single sessions I actually had the counsellor advising me to leave. Obviously she didn’t betray his confidence and I am not sure what he told her, but after our sessions with her I took her advice.  (I had NO IDEA he was heavily into meth at this time in our marriage and our sex life was its hideous side affect amongst other things. I found this out after we ended our marriage permanently the second time). It was early December; I had just turned 31. I had Chicken Pox and was staying in  a hotel near work as I couldn’t bear to go home and I couldn’t bear to admit defeat to my Dad by moving back in with him. It was the most awful part of my life and I was so very lonely, and defeated, and miserable. Mid December we decided to separate for a while; give us both some space. He moved out and in with a mate.

The Boxing Day Tsunami happened that year and as Peter was fluent in Indonesian he decided to go over there to help.  I think he needed a bit of focus and as I said, despite all the crap, he really was one of the most giving, selfless people I have met yet. He was over there for about three weeks and eventually came home as from memory it was getting quite unsafe for foreigners to be there.

My cousin got married that January and I went with a mate. I was missing Peter who had just got back the day before and I made the most massive drunk text fail and called him to come pick me up. The wedding was romantic and well, you know how it goes. 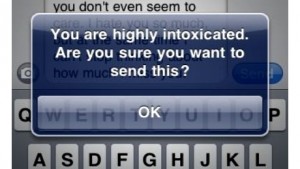 We decided to give our (not even) two year marriage another go – he swore he was a different man after going to Aceh  and wanted to try again.

So we refocussed. We made a five year plan. He drifted in and out of a few Restaurant Management jobs in Perth for about 6 months but eventually nabbed a Resort Management job in Busselton which involved driving a few hours there and back so we saw each other once a fortnight or so which suited. It was like a little honeymoon when we had our few days together.  There were a few signs on the wall but things were improving on so many levels that I managed to ignore them. He made random midnight drives up to Perth with no reason to come, still stayed at he boys’ house for a night here and there but it was infinitely better and we were happy enough as a couple; did couple stuff and had couple friends over for dinner when he was home.

He got a dream job in Ayers Rock, managing a restaurant at the Sails in the Desert out there. We decided that it would be really great for us to go together, start fresh as a couple. I also said that I thought he should go on ahead to see what it was like before we packed up everything we loved and took the plunge; I had my dream job in Perth as a Restaurant Manager and knowing his track record, I was loathe to give it up for a pipedream. I just couldn’t bear the thought. So Pete left in October and started work in Ayers Rock. After a month he said it was fabulous and he had managed to get me an interview for their 6 star resort Longitude 131 .

So off we went just after Christmas.

By February, Pete fell back into the same old habits, not coming home, staying out for days between restaurant shifts, no sex to speak of and I was once again crying myself to sleep, just in another State. I guess drugs are available wherever you live, although I was still clueless as to why he was behaving like he was. We both just knew it wasn’t working, and probably never would. It was so bloody hard.

So we separated. Again. For good. For real.

I was 32 years old and had been married for three years.

This is the song that always reminds me of my first marriage.

Go back to the post about how we separated HERE, as it will save me re-typing it, but the crux of it is that sometimes Marriage really is just a piece of paper and its OK to screw it up and start over. If you have exhausted all other avenues and you are miserable, give yourself permission to love yourself enough to be free. I came back to Perth and six months later I met my most beautiful mate in Mr Point Five and have truly never looked back. He is simply divine and I know we will be growing old together.

Ultimately though it all comes back to the proposal; I never should have said yes to the man who said he didn’t want to lose me. Not wanting to lose someone and actually wanting someone in your life are such totally different things – the difference just got lost in the romance and I wasted four more years when I should have listened when he spoke with his heart that he didn’t want to actually get married and all it entailed. 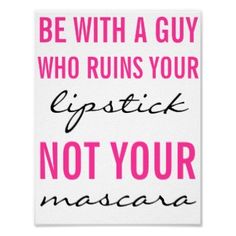 Anyway, now you know a little bit more about me 🙂