I want a pink one so badly it hurts. 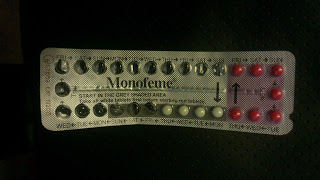 Today is Thursday. This means I have 4 days to contemplate a family of five before starting another cycle.
Then there are three more cycles before my 40th birthday which for some reason is when the deadline in my head is to stop contemplating it any further and just accept we are complete as a family of four.

And we are complete. At least I thought so. I would have driven hubby down to get the snip myself a few months ago I was so sure. Having been an only child myself, I was always set on the idea of just having one.  It made sense to me, but Mr Point Fives points for two made more sense, so we had another.
We gave away all our baby stuff as soon as Master J came along. We were done.

My issue is that the one child I was determined to have was supposed to be a baby girl.  It always has been, ever since I was a little girl myself.  I had dreams of my own little one, with ribbons and curls and pretty dresses with flowers. Little shoes with frilly socks and hair that I could braid. I just assumed my dreams would be answered.  When we were newly pregnant with G Man, I had a few dream outfits bought and hidden, just case he was a girl. Perfectly sweet little dresses with matching pantaloons, decorated with smocking and lace. I hid them in drawers, not even hubby knew they were there. I thought I was prepared for the scan to go either way, but when we found out G Man was a boy, I tried desperately not to let the scanner lady see the tears slipping silently down my face. Hubby held my hand and saw them though, and although he was delighted at the prospect, he knew it was not the news I expected.
I sobbed all the way home.
I got over it after a few days and began to embrace the idea, and delight in the prospect of having a little boy. A sweet little angel who was perfect and ours. When he popped out, I couldn’t imagine it our little family any other way.

When Master J came along I honestly didn’t mind if he was pink or blue. If he was pink, then I would have my longed for little girl but if he was blue, then we would be gifting G Man the best present parents could give – a best mate for life; a best man for his wedding and a drinking buddy for all occasions, future triumphs and disappointments. I felt that either way, it was a winning situation. So when Master J was blue, I was totally and utterly at peace with my family of boys.

That was nearly three years ago. G Man is 5 and a half, Master J is rising three.
I turn 40 in November and for some reason I am now torn. It doesn’t make sense.
No rhyme or reason why we should have another baby at all, be it blue OR pink.

So why the hesitation now? Why the sudden indecision, the renewed longing to try for pink one?

I have recently brought up my feelings with Mr Point Five and he is open to whatever I want. He wants me to have no regrets and is willing to be on board with whatever I decide. He has said we can try until November and then he will go and have the snip. He would be happy stopping at two, having three; two boys and a girl or three boys. He isn’t fussed. I know he wants to get on with setting ourselves up for the future which will obviously take a few steps backwards but his overwhelming feeling is not wanting me to have any regrets for not trying for my elusive pink one. He gets that I don’t have a mini-me and understands my longing. I am a lucky girl to have such a wonderful husband, I know.
So I have been mulling it over in my head for the past few weeks. We had the discussion in bed last night and I said to him – I have made up my mind. We are done. Then just as I rolled over he put a hand on my hip and said “if we had a little girl, she would always give me kisses. I will miss that when the boys get older”
GAH!!!!! My HEART!!! The ache is back and I am once again undecided and torn.

My blog is TWO Point Five Kids, designed nearly two years ago with the total knowledge of permanence.
I have Gold necklace of a family of FOUR around my neck, bought with all intents of completion.
They are just the silly reasons not to try again. I have a zillion logical ones.
But here is the kicker – the one thing that I cannot escape.
That FEELING.
I don’t know why but I get it when I see little pink babies on facebook.
That wistful longing when I walk past a sweet baby girl dress in a shop window.
Sweet little girls my friends have that my heart still aches for.
I feel like I owe it to myself to give my pink dreams just one.last.shot.
Do I dare? I have four more days to decide. 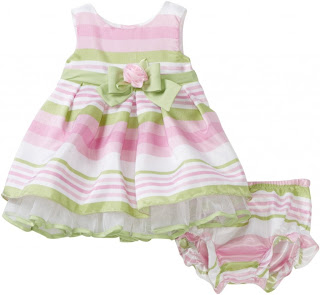 Please know this – I know if we have another baby and its a blue one then that would be fine too – it would just be fate telling me a pink one just wasn’t meant to be and our blue new addition would be as perfect and as much loved as our other two.
So we will be fine either way, as a family of four, or five, whatever colours they may be.
I know this.
And I would hope that the ache for a pink one that is keening at the base of my stomach will slowly dissipate over time.
It will, wont it?