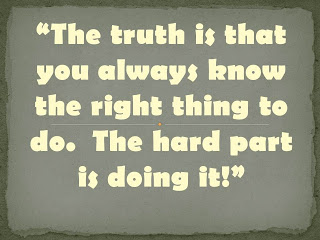 Two things have been bothering me this week, weighing on my mind…..
The first one is THIS ARTICLE.
In a nutshell – a Reverend finds a diamond and gold bracelet, does the right thing and hands it into the police. The police hold it for two months and when it isn’t reported missing, it gets handed over to the Reverend as his rightful property. The Reverend then uses the stamps on the bracelet to find out who the bracelet “belongs” to and discovers the owners are well known Perth Restaurateurs. He comes to them and offers them the bracelet (an anniversary gift from husband to wife) for half its store-bought value. The owners refuse and instead offer to donate $500 to his church and buy him and a partner dinner at their lavish restaurant as payment for their own bracelet. The Reverend says no, he wants $3000 and suggests they claim it on insurance and split the difference with him, thus resulting in them getting back their bracelet and making a profit of $3000.
Fraud in most languages. Disgust in everyone’s.
After the media intervened, the Reverend was guilted into giving the bracelet back, with no reward for himself, even though the owners once again offered a donation to the church.
I am not a religious person, I do not believe in a God but I am so saddened that someone who supposedly worships and follows the Christian way of life could behave so despicably??
How does that work??
Where are the basic morals and ethics that even a layman or a non-Christian like myself would have in this situation?? Even my five year old child would know this was wrong!
I am flabbergasted and so disappointed that a Pillar of (someone else’s) society could behave so poorly. People look up to this man and put their faith in him to do right.
I hope he gets thrown out of the Church or sent back to Church School for a repeat of “Doing the Right Thing 101” 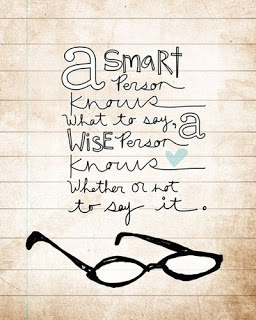 The second thing that disappointed me this week was a post from a prominent blogger, another pillar in her own society if you will, who wrote a post basically taking the piss of other bloggers who didn’t “gel” with her, or who she said she didn’t “understand”. The premise behind the post was blog-hopping along and introducing her readers to new blogs that neither she nor they had discovered which in itself is a lovely idea….  IF it was done with some humility and thought for the people behind the blogs that were being critiqued.  Not all blogs are my cup of tea but I would never dismiss them flippantly nor would I belittle the writers behind them. I would simply move on. If this writer was truly trying to introduce her readers to new blogs as she claims, then perhaps her method of randomly choosing the first blog on someones blog roll and half-arsed reviewing it may not be the best way. I honestly think a disservice was done by this blogger to her readers who are now unfairly biased against a blog they had never even heard of until now, and the innocent bloggers who may not be writing for this particular reader, but for themselves or their own clique audience who do indeed “understand” them.
I was saddened to read this post.
I was also saddened by the encouragement and acceptance in the comments.
Don’t be afraid to call someone out just because they are part of the so called cool crowd.
And the age old “I was just being honest” or “It was just a little witty snarking” doesn’t cut it – this blogger should be setting the example. Be nice people, its not hard.
*insert sad face* 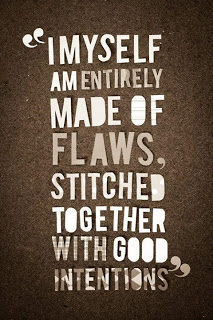 By no means am I setting myself up as perfect. I’m not. In fact I royally screwed the pooch only a month or so ago.
Big fuck up – HUGE.
I wallowed in my awfulness for quite a while and beat myself up badly.
BUT, I will say that although my actions left little to be desired, my intentions were good and for that I am proud. I pride myself on being a good person and I really loathe standing by and watching others be small, petty people, often at someone else’s expense. If you have the privilege of an audience who like and value what you say, use them wisely. I will call someone out on poor behaviour, especially people who should know better and whose followers deserve more from.
Anyway – that’s my gripe for the week.
*thinking happy thoughts now*

« Our cool and creepy little discovery.
A C-String kind of problem…. »