Two Point Five Kids October 17, 2012 I had a person….2014-02-02T22:37:21+08:00 Uncategorized 8 Comments
I had a person.
A Christina to my Meredith.
We were both only children and yet we were each others sister. We had known each other since my Dad accosted her on my first day of High School at the train station. She was wearing my school uniform and my Dad asked her if she would “take me to school”. She had been riding the rails solo for many years and Im not sure what she thought of me needing an escort. Even though she was still in Junior School and it was my first year in High School, she showed me where to get off the train, and where to wait for the next bus to school. She showed me where to hang my bag and where my first class was and then I would not see her again until the bus ride home. We “missed” buses to go to the shops together and had many after school afternoons at each others houses. Eventually, at the end of year nine when my parents separated and my Dad used to drive me to school so he could see me each day, I would ask if he could take her too as I didn’t want to miss out on seeing her for the school run. She saw my tears at my parents crumbling marriage, we counseled each other over living with single parents (her Dad lived in the States) and we had sleepovers, dreaming of what we would be when we grew up. Although we were a year apart in schooling and we each had our BFF’s in our own year, we managed to stay close. She “gave me away”” when I graduated High School and when we first got our licenses we would drive to each others houses, just ’cause we could.
We went to different universities, she studied for lots of years and eventually got a degree in Pharmacy. I studied for not long enough and got a degree in Politics. We both did it tough, studying and waitressing to pay the rent. We often used to run out of money and eat toast for dinner at each others houses, drink cheap beer and have PJ dates with Tom Cruise in Top Gun.
We nursed each others broken hearts – cleaned up a LOT of tears and spilled milk. She didnt like the man I got engaged to, she thought I deserved better and said she wouldn’t see me whilst I was with him. I was in love and told her to mind her own business. We argued and made up. She was my bridesmaid. I would fight with my (now ex) husband and drive to her house at 2am. She would let me in and I would crawl into her bed for reassuring snuggles. She rang me at work and told me the love of her life had just dumped her. I told my boss I had a splitting headache, left and went to her house, via the shops for fruit salad, trashy magazines and a bottle of wine. I stayed with her for three days.  My marriage to my first husband broke up in Ayers Rock. She flew out and helped me pack up my life and I moved in with her for three weeks until I had found a place to rent and bought a car.
No questions, no asking if it was OK from either one of us, no doubts, just love and acceptance for where we were in life and the challenges that we faced.
Then, within the space of a month we both met the men we would marry. She got engaged, then I did. I got pregnant. Less than a minute after the conversation with hubby that we wouldn’t tell anyone until 12 weeks, I had texted her the news. Then I moved 1600km away to live. I cried for about an hour after saying goodbye to her. I flew down for her Hens night and then to be the pregnant bridesmaid at her wedding a few weeks later. I got married the month afterwards but she was on honeymoon and couldn’t come. Within a minute of her receiving my news that my first born was to be blue she called me without congratulation but asking if I was OK (we both had dreams of little ones in pink). She sent flowers when he was born and I burst into tears. Not from giving birth but because my person wasn’t there for what was the biggest and most amazing moment of my life.  It was one of the first massive things we hadn’t shared. I missed her so much. 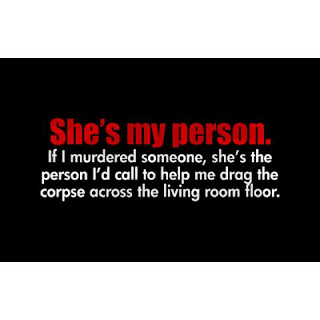 Then it all went to crap.
At first I thought it was because I had a bub and she didn’t.  For those who have friends without kids, its really hard. She would call me as she was driving home from work at 5pm. I was frazzled, tired, weepy and trying to get bubs bathed and fed whilst juggling the phone. I had nothing new to report, just more dirty nappies, sleepless nights and tales of vomit and her life seemed very glamorous with all her weekend plans and dinners and champagne. She didn’t understand how I could be so tired and why I was short with her at that time of the day. I couldn’t pick up the phone to call when bubs was napping as she was at work and we really lacked for quality conversations and the ability to really communicate with each other exactly where we were in life.
We visited Perth when bubs was three months old and I was desperate to see her. I booked us in (without asking, just assuming from our friendship or past) to stay with her and her husband for a few days and I relished every minute with her – drank her in and delighted that she could finally see my newest joy. It was surreal to watch her with my son and once again I bawled my eyes out for over an hour as we drove out of her driveway to make the trip North again. Home. Without my person. Oh how I missed her.
What I failed to see was that I was no longer her person.
Her husband was.
We visited again when G Man was nearly 12 months old and once again without question I assumed to stay at her house for a few days with my little family. Which was an issue. Massive. Our expectations of each other were so totally different by now, and sadly we had no idea. It was awkward and stilted. I had a child with certain things I had to do for him, she didn’t.  I was severely sleep deprived and she was stressed from work. We both let each other down terribly and it ended in tears, silence and a slammed door. Then a drive for 1600km home wondering what the hell had happened.
I got an email from her a few days later explaining exactly how I had let her down. Basically, I had assumed too much from our friendship now that she was married. I really should have asked if we could stay with her. My person. It never occurred to me that she wouldn’t move hell or high water to be with me and   it also never occurred to me that she would mind to do so. But she did. She had a husband now, a new best friend and I was just her best GIRL friend.  I guess it was the friendship equivalent of marriage. I went into it thinking nothing would change after marriage (the male) and she thought everything would (the female). 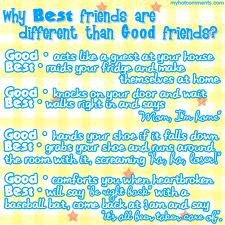 See the picture above?? I used to be her BEST friend. But after she got married I was just a good friend. Her person was now her husband.
I wouldn’t dare go to her fridge and help myself now.
It was THEIR fridge.
The trouble is, she was still my BEST friend, my person. I had my hubby of course whom I adored and would spend the rest of my life with, but she was still my person and I couldn’t fathom how getting married changed that. There are some things that only girls get. Mr Point Five still gets that look on his face like I am an adorable kitten with a ball of string when he just doesn’t GET my point, but SHE DID!!! And therein lay the demise of our friendship. I couldn’t accept being replaced and she thought I was selfish not understanding it and expecting what we used to have to last forever. I said that I felt her husband was coming between us, was convinced he didn’t like me, resented our close friendship and was getting her to push me away. I said I resented him. You can guess how that went over. She said fine. I said fine. That was two and a half years ago.
She has been pregnant and had a baby since (also a little boy ironically), and once again the tears have flowed many, many times that I couldn’t share that journey with her. I have reached out to her so many, many times over the past few years to apologise, make amend. I have begged her to wipe the slate clean and start anew. It falls on deaf ears. To her I am dead. I don’t know what else I can do. I have realised that our friendship, what we had, is bigger than any disagreement, and words said can be erased but she doesn’t agree, nor does she want me in her life an I need to accept that. Maybe she is right? Maybe it is too much for us to move forward from. After all, neither one of us is willing to lower or heighten our expectations, and that is the paradox.
All I know is I miss her so much it hurts.
I dream about her at night and we make up. every. single. time. I am grieving for her like she has died.
Would this have even HAPPENED if I hadn’t have moved away and had needed to stay somewhere? Is geography partly to blame? Am I unreasonable to expect the bonds and expectations of our friendship to stay the same, even through marriage? I mean obviously there are certain (naked) limits with husbands in the picture, but when I see Christina and Meredith sharing their “moments” the waterworks start as what they have (and yes, I KNOW it is only a TV programme) is exactly how I envisioned I would be with my person…..kicking my hubby out of bed for a girly cuddle if she needed it in the middle of the night, like we used to sans husbands. That would never change for me but it has for her. 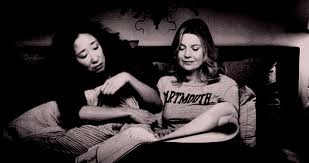 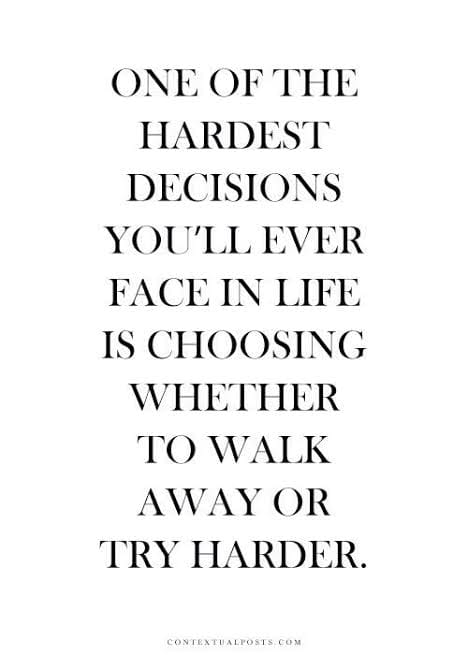 « Put the laundry away? Yeah, not gonna happen.
Linky Blog – I Heart my Body »