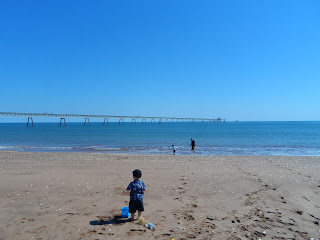 So Day one at Onslow we hit the beach. My boys have only ever seen the beach once, last November so this was a novelty and they both adored it! Master J was a little hesitant of the water to start with and clung to his bucket and spade on the beach but G Man happily frolicked on the shore and wasnt interested much in making sandcastles.

Above are some of the special effects our camera does – pretty speccy huh? 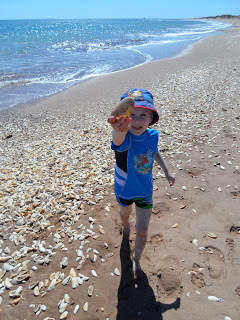 Day 2 we went out on a fishing boat which one of hubby’s dads work friends owned. We went out about 30km off shore so thankfully it was a beautiful day with not a whisper of wind to be felt.  The boys had yet to test their sea legs but thankfully neither of them seemed to get seasick – one grateful Mumma! 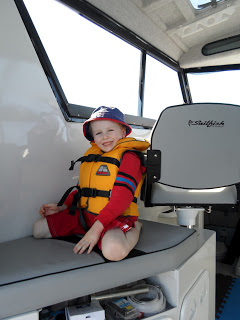 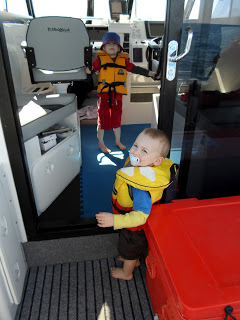 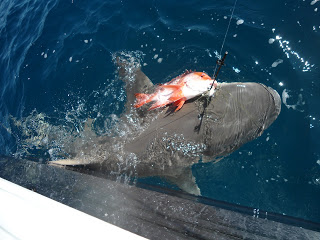 This was definitely the highlight of the day – not even 10 seconds after G Man had lowered his first bait of the day that he got a massive bite. I am surprised he didn’t get pulled over!!! He leapt back and the boat owner took over, reeling whatever it was in with a great deal of grunting and effort. Turned out G Man had caught a lovely Red Emperor, which in turn had fell victim to a 2 metre Lemon Shark who wasn’t on the hook (the Red Emperor was) but had managed to get itself royally tangled up in the line. After much thrashing (more than a little scary I can tell you!) and a broken rod, he was cut free from his entanglement and swam away, probably a little bruised and battered. Hopefully he still got his fish for dinner. 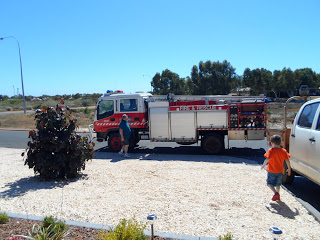 Day 3 was a day our big little boy will remember I hope. His Granda is a FESA volunteer and managed to “borrow” the fire truck for a few hours. It rolled up to our front door, much to G Mans delight and we clambered in for a ride!! 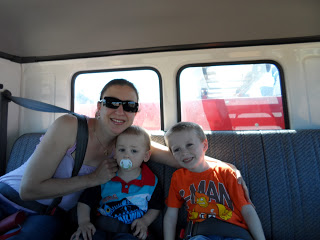 Mr Point Five called shotgun so it was me and the boys in the back. Master J was a little overwhelmed by it all and was very quiet but G Man LOVED it! Granda took us out the back of town earshot and put the lights and sirens on. G Mans face (below) was priceless. 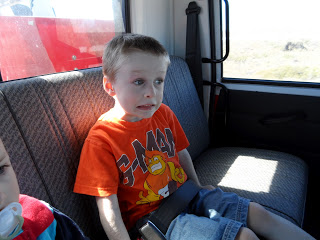 Pretty pleased with the get-up (below) 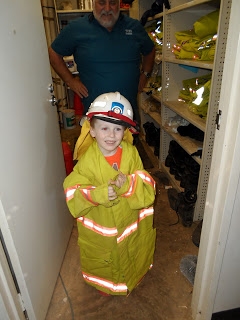 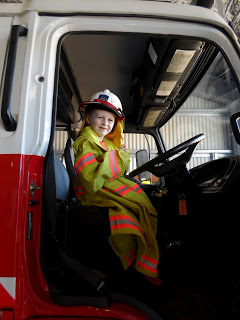 This osprey (below) has made her nest on top of the solar panel for the light at the rivermouth, which we saw on the trip in the fire truck. No-one is game enough to remove it and no light shines at night 🙂 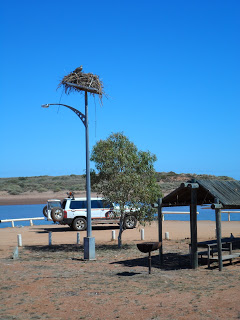 Onslow has a really cool water park which we took advantage of nearly every day. I’m sure the locals thought we were mad as it was winter and only 34C or so and it averages 45C or so up there in summer. But coming from the winter of Cranbrook, my boys thought this was da bomb and we had it to ourselves each day we were there! You wouldn’t get me near it though – no siree!! 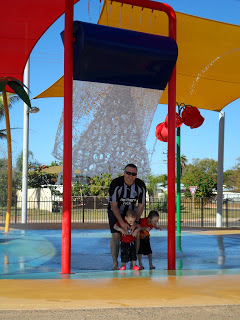 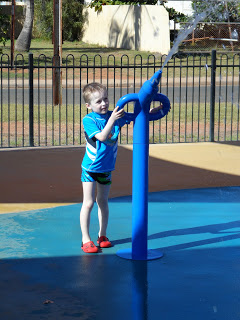 The In-Laws shouted us a date night at the restaurant in town which was such a lovely thought as we haven’t had a dinner out just us, sans children, since Master J was in utero!!! It was lovely and I was a piggy on fresh oysters and scallops 🙂 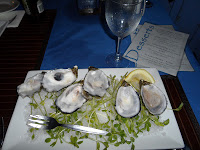 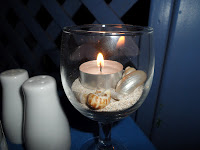 The rest of our days were spent at the beach or the water park or just relaxing out the back with a wine or two (or three or four….) My only problem was that my MIL really hasn’t got much of an idea on child-proofing her home and her beautiful collectables. I had been there many times before when we lived in Hedland and knew what to expect but with TWO little boys to keep an eye on this time it was tough going on the old nerves when we were all inside. 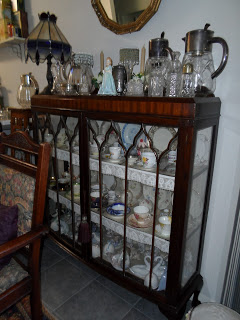 Thankfully these were all under lock and key but the glass was vulnerable to a potential chasey game round the table….. 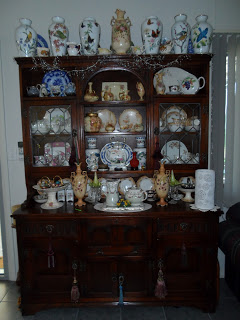 I pushed back what I could here but thank Christ nothing was touched as it was all well within reach…. 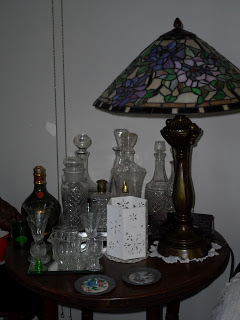 These were just on a table at the end of the couch…. you know, as you do with small children. 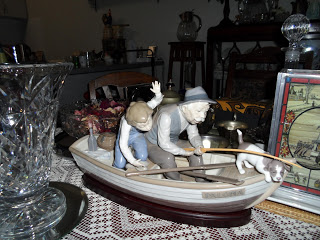 and THIS $1300 Lladro figurine was just plonked in the middle of the dining room table within full toddler reach! Master J pointed to it on the first day and said “Woof Woof. Me woof woof”???? EEEEEKKKK.
Would you believe we made it through the entire 10 days without breaking a single thing??? Well, we didn’t. *insert sad face here* About 30 minutes before we left on the last day G Man accidentally smashed 2 glass balls that were in a bowl on the outside table. No heirlooms or expensive stuff thank God, just pretty trinkets that can be replaced for less than $20 I hope! When you consider what COULD have happened……
Pass me a wine.
The trip back down will be part three – it was really pretty – hope you are enjoying my holiday.