The best perk of Kindy 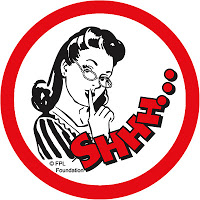 I have to admit, I am so very nervous about G Man starting Kindy next month. He has never spent a single day in day care and I have been witness to all his milestones, big and small, thus far. I am already envious of his teacher who will probably get to see him form his first letters and hear him say so many new words for the first time, except she won’t know him and won’t know they are new. I don’t want to even THINK about all the little milestones that will go unnoticed full-stop due to so many kids achieving at the same time – breaks my heart to even bear it thought 🙁
I worry he will be teased, that he will be unhappy, that he will miss me, that he won’t miss me enough and all the things inbetween. I want so very much for him but that requires letting him go – to have fun with other kids and learn how to fit in, how to be generous in spirit but I know he will see firsthand how cruel kids can be. I want him to learn all about the big world about him and how to be the best man possible when he grows up but I worry nonetheless.
I will miss him around the house, his little smile, his questions, getting him drinks and listening to the happy icypole slurps after lunch. His little brother will miss him terribly as well BUT I cant wait to see his happy smiling face when I collect him each day at the school gate – it will make my day (and his brothers) three days a week.
BUT, there is a silver, gold,  platinum lining to the cloud that is my big baby boy leaving me next month….

Afternoon SEX.
Mister Point Five and I have not had an afternoon romp since March 8th 2010. I know this date because it was G Mans second birthday and the last day he ever had a day nap . Our sex life has been held hostage to this travesty ever since.  I am in my prime early afternoon, I will even INSTIGATE sex (I know!!) in the afternoons but poor Nick…..well lets say it has been a dry few years for the poor bugger with a second pregnancy since then and me preferring the Master bed for sleeping rather than nookie in the evenings. Why would I want sex when I could be sleeeeeeping?
I have to say I feel a little bad when the class choices came out. Thursday is Nicks guaranteed shift where he starts at 5pm so the day would be wiiiiide open if you get my drift if G Man is at Kindy, as Master J still has day naps. BUT shouldnt Nick be enjoying Daddy Son time with G Man on his day off from Kindy too?
Thought about it.
For about 3 seconds.
I miss afternoon delights and if we can schedule it in once a week it will be a win-win and G will be none the wiser as to why he is really in the Gold Class, apart from the fact it sounds cooler. Gold Class. Yeah baby. Bring on Kindy – and the tissue box.
Ewww – that came out wrong. Sorry. The tissues are for the tears I will no doubt shed – sex bonus or not, I really will miss my little sweetheart , just not so much on Thursdays 🙂