I am taking the kids up to Perth today for three nights and as I am packing the suitcase I am reminded of a conversation, some might call an argument, with Mr Point Five after one particular packing episode early on in our marriage.

Since we have been married we have lived in country towns away from relatives in Perth which means every couple of months we pack up and visit the rellies for a week or so. On this particular occasion we were about an hour away from home on a 6 hour drive and I turn to hubby and say “did you remember to load the portacot?” He turns to me and says quite self-righteously “was it by the front door? Because you know that you get the stuff ready and put it by the front door and then I load the car. If its not at the front door then it doesn’t get packed. That’s what “we” do”. My mouth fell open. This was the first that I had heard of this particular royal arrangement.
“Really?” I say. “That’s what “we” do is it? So I have all the responsibility of remembering, um, EVERYTHING and you just need to load the car. How effing convenient!” (can you hear the total frustration, disbelief and aggghhrrrrr in my tone?) ‘Well that’s what my Mum does”, he says. “I just assumed that’s how it would work with us”.  Stunned frosty silence in the car for 20 minutes whilst I tried to put the flames in my mouth out.
Can anyone else see how the rest of THIS conversation went???

My poor, poor deluded husband thought that since his parents have somehow come to this travel/packing arrangement after 40 or so odd years of marriage that our house would operate the same way after 2??

I tried not terribly successfully to calmly explain that I was NOT his mother (don’t we all LOVE those conversations? We have had a few mainly along the topics of cooking and housework but this packing one was new) and that if he turned into his father I would either murder or leave him.

It took the rest of the five hour drive and a new $300 portacot at our destination to remedy that arrangement in his mind. That and the fact that I had also purely by luck or stroke of genius, forgotten to pack his jocks on the same occasion and he had to borrow his Dads.

From then on, Mr Point Five has been totally responsible for and packs his own stuff. I do me and the boys and we spend the last 5 minutes before we leave the house cross checking what we have forgotten to pack for various trips over the last 5 years. This is what “we” do in our house 😉 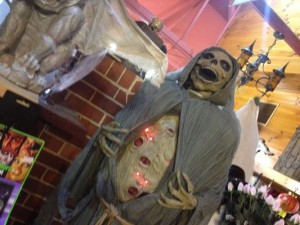 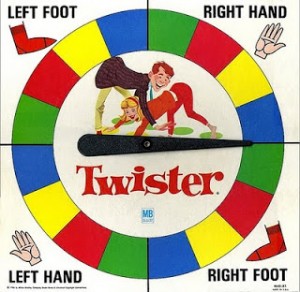 « Roll up to the Toilet Circus.
Phone Conversations with friends who don’t have Kids »