Moving on up….moving on out……

So, if most of you follow me on facebook, you will know that Mr Point Five was made up to Sergeant. 🙂 Sadly this usually means that in order to gain the promotion you have to move station. So we will have been in our current town for less than 12 months when we move again later this month or early next month (we haven’t got our actual move dates yet, but the transfer is official). How it works is that you get given the official promotion/station transfer. Then you fill in an itinerary of ALL your household items as in TWO single beds, TWO single mattresses, ONE 6 drawer chest of drawers…..etc, totally tedious and mind numbing. You do this so that the moving company knows how big a truck or how many trucks/trailers are needed for your move. THEN the moving company gets back to you with dates (preferable within six weeks of your transfer notice) which are convenient for them, as in if they have trucks going near your town  for your move. We are currently waiting on the itinerary to be sent to us to be filled in so specific dates aren’t locked in yet. You are generally moved in three days. The movers come and do what is called pre-pack. This is basically an 8-10 hour day where they come and pack your house up. And yes. If you don’t empty your bin, they will pack that too, rubbish and all. Its happened on two of our moves already. We forgot to empty or freezer in one of our towns which was full of roo-tails one move; the offending fridge stayed in transit for 5 days (waiting for a truck to come down to Perth) in 40C+ heat. We had to throw the entire fridge out – no amount of Vanilla fridge spray was going to save that sucker. Sigh. The next day is uplift where they load the boxes onto the truck. This generally takes 8-10 hours too. The next day (or a day or two later, depending on how far away your next town is usually giving you ZERO time to clean) is unpack where you meet the movers at your new address at 8am (generally you stay at a motel/hotel the night before in your new town) and they unload all the boxes. This generally takes only 6 hours or so and they are gone just after lunch, leaving you in a sea on boxes and minus your sanity. Our last move was done in two days with uplift and unpack on the SAME freaking day; 7am – 10pm. Mr Point Five and I only just survived. It was hideous and by far our worst move yet.

The pros of our new town….. 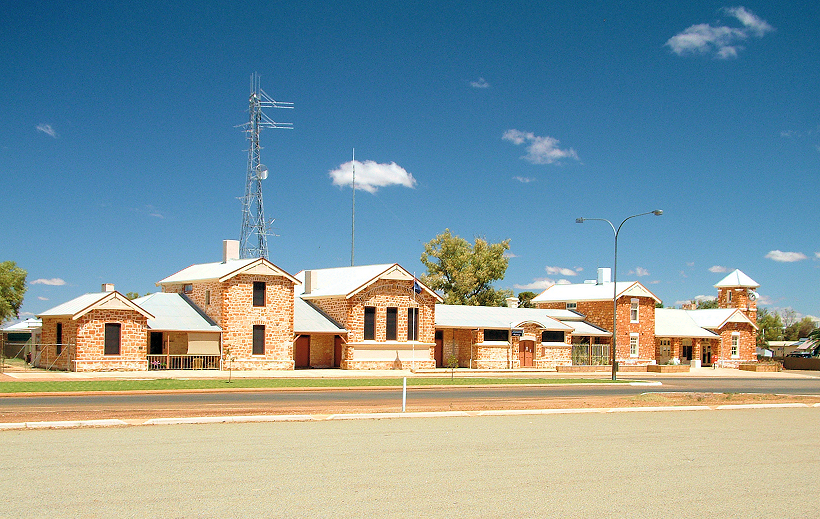 This is our new house.

On the right you have the Post Office; in the middle is the Police Station/Courthouse and on the left is our home, all part of the one building. There is an interconnecting door so hubby doesn’t even need to go outside to get to work 🙂

It is air-conditioned in all the rooms which I have been told are large, and there are mantelpieces in all the rooms. The original safe is still in the loungeroom and the old jail cells are part of the house. Sounds pretty cool to me.

This is in town which is a step up from the frozen pool which is never open/available in the town we are currently in. The boys will love it.

The cons of our new town…..

This is our town. Less than 300 people. Smack bang in the red centre of WA. Nothing for miles and 650km from friends and family.

This is it from the ground. 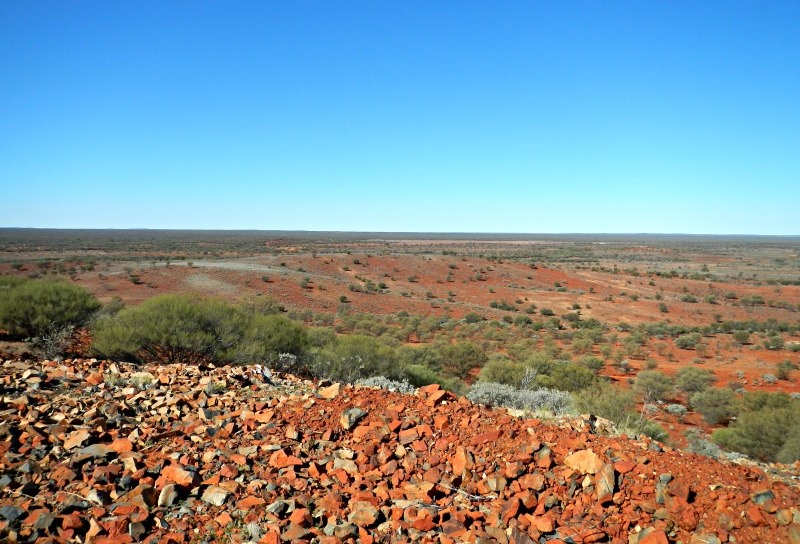 And if you were to turn around from the previous shot, I reckon you would see this…..

This is the email I got sent on from a mate of ours who is relieving at the station there at the moment….

“Hi, just a bit of back ground for the wife;

There is no hair dresser in town, at times there is a travelling one that comes by.  So get some hair clippers..

The town has an op shop, the post office / supermarket are in the same shop.  Not very big. Very limited on things, has the basic toiletries etc, tin and hard food stuff.

There should be a tonne of room at the back of the house or station to start a veg garden.

The other shop has alcohol, frozen meats, and combined hardware shop.

The town has a new playground for the kids and improvement’s at the school I believe.  Green grass.

There is a BP road house, which makes its own food, Its nice.

Only one pub in town.”

Awesome. All I took from that is there is no hairdresser and there is alcohol. We cant eat at the local pub anyway so no matter.

We will prolly have to drive 420km to our nearest large regional town once a month or so for groceries.

We need to buy an Engel.

There is a school – approximately 35 students from Kindy-12. Two teachers and a working Principal. I am hoping it will be really awesome for G Man and his dyspraxia. We are looking into the possibility of skyping his speech therapy. He and Master J will be in the same classroom next year; there is one class for K-3 🙂 Master J will be starting Kindy and G Man will be in year two. Good luck to their teacher having both  brothers in the same class 🙂

Hopefully I will pick up some casual work at the local Shire during Kindy hours as I have been told there is zero daycare in town. FX.

I really hope I find a friend.  I haven’t really had a bosom buddy since two towns ago. As Murphy would have it, I JUST made a really lovely friend down here yesterday who lives in the town which is currently above us. She seems just like me and I suspect we would be really good mates……but we are MOVING. AGAIN.

I’m not sure what else to tell you guys. Its on AGAIN. We are moving to our fifth town in seven years; its totally RIDICULOUS! It is a two year tenure so hopefully it will be our longest stint in three towns or so. We are hopeful that this might be our last really regional country posting before we can move back to the outskirts of Perth with family and friends close by and actually build a home where Mr Point Five can work at various outlying stations nearby and that we can stay put at home. At least that’s the plan. If you follow me along the years you will see how that works out 😉

Ah well; what is to be will be.

Currently I am living it up in a motel in Albany for the school holidays, enjoying our last views of the beach and takeout food for a LONG time with the boys. We have hijacked Mr Point Fives accommodation down here as he is relieving for work for 6 weeks helping organise the ANZAC centenary commemoration.

Will keep you updated.