One of the big downsides to being a country Police Family and moving all the freaking time is the fact that we don’t just “fit in” to every new town. It takes time to get to know people and for them to know you. It takes time for them to work out if you are joking or if you are just really rude and missed the sarcasm 😉

We don’t have traditions. I mean, we do to a certain extent; I try really hard to maintain some sort of continuum, but when the Christmas tree has been in a different house for the past five Christmases and when the boys little mates are different for every birthday party it makes it more than a tad difficult.

Growing up, I lived in the same house until I was 14. Despite changing school a few times, I kept the same routines and traditions and played on the weekend with the same kids. Our Christmas tree was always in the same spot and I walked the same path to school for five years straight. Even then, when I went to high school (on two buses and a train), that same path took me to the corner shops on the weekend and down to various mates houses; it was well worn. 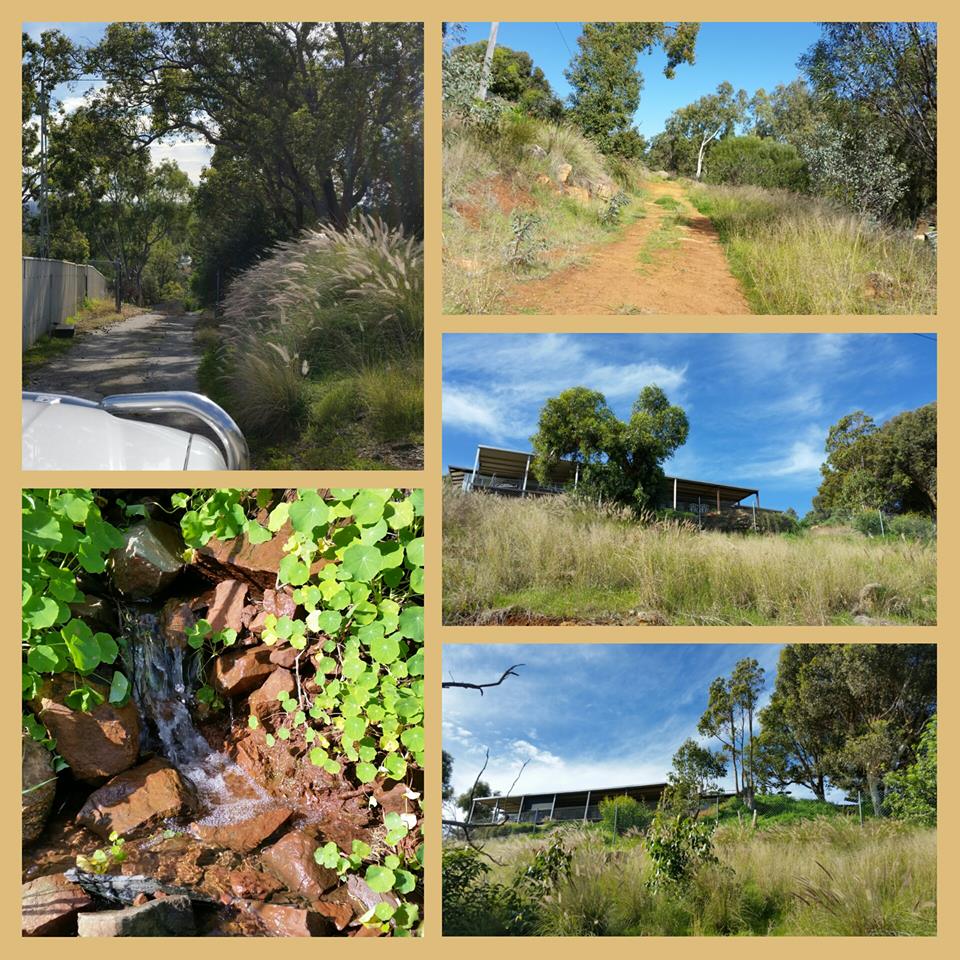 I took the boys up to the Perth Hills on the last school holidays to show them where I grew up. It totally spun me out and I have to say I had to hold back the tears. Master J was quite concerned but I managed to convince him that they were just a few “happy tears”. I’m not actually sure what they were. Nearly 30 years after I had left, and 42 years after my parents designed and built it, it still had the same fence running down the driveway; the same Pussy-tail bushes lined it. I drove around and parked under the house and walked along the same track I had traversed hundreds of times as a child. I wondered if my feet were touching the same pebbles. The exterior of the house has changed a bit; the back verandah which used to be clad in bougainvillea is now more modern. The shed my Dad built was still standing and a swing still hangs from the same branch in the same tree on the hill in the backyard. The same creek gurgled along next to the path that I used to catch tadpoles in. It was like time has stood still, only I had aged and I was walking the same path with my children. If the boys weren’t with me I think I would have sat and sobbed for a while.

Anyway, where was I? Oh yes, in our new town. The new person with no history here.

Two weeks ago Mr Point Five and I reached a parenting milestone; we allowed our children out to ride their scooters on the footpath of our street whilst we stayed inside. We sat inside and locked eyes, resisting the urge to go and stand at the bottom of the drive and monitor. This was the first town where we felt that it was safe for them to do this. This was the first town that they had little mates who came to the door and asked them outside to play. This was the first town where, not us so much, but our kids had fit in and were making real mates and they could do what I used to do as a child. I cannot even BEGIN to convey the relief I feel as a Mother about this milestone. On weekends I would wave to my Mum and went to meet mates down at the old mulberry tree down the track. I would come in with stained hands and skinned knees when I heard my Mum yelling down from the verandah that it was time to come home. We are not quite up to that bravery (from me as a parent) but we have started taking baby steps to get there. Master J goes out when he gets home from school and at 5 o’clock I stand at the drive and call for him to come in for dinner….with more than a tear in my eye that finally in this town, we might be fitting in, be one of “normal” ones, just like the Jones.

Their childhood, their normal everyday childhood, has finally started. NOW! 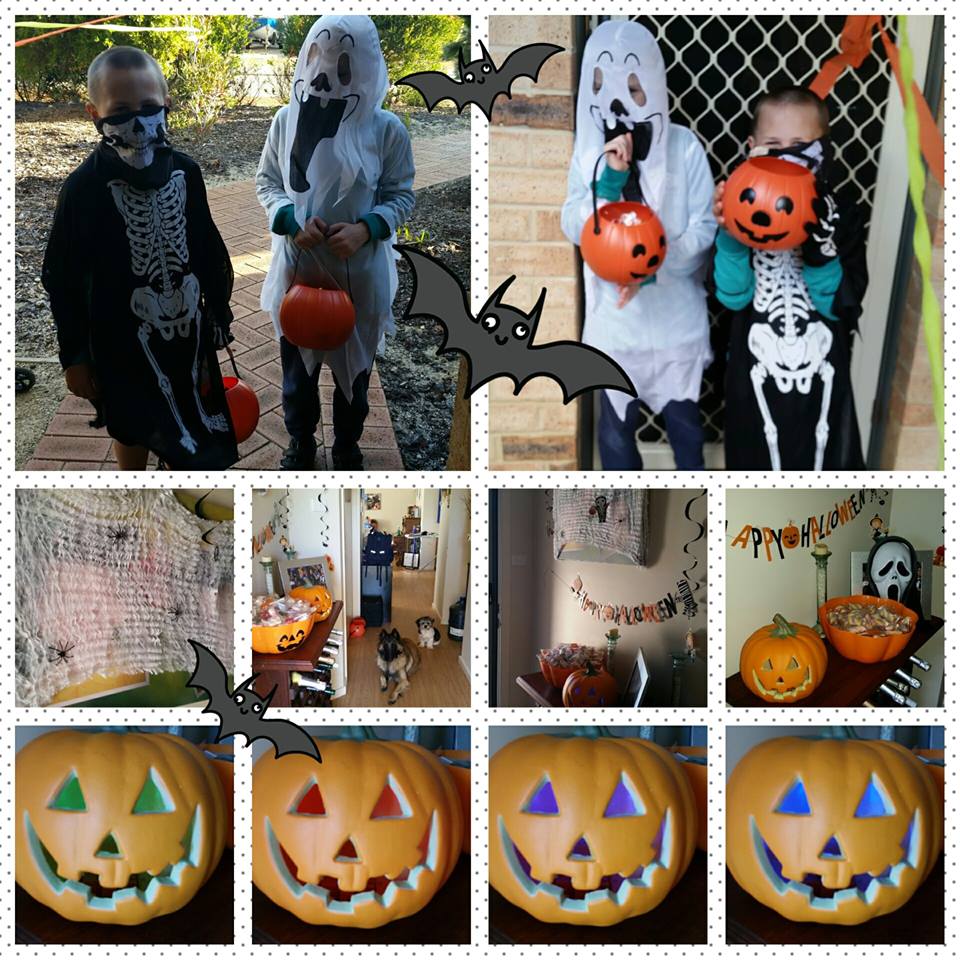 This was the boys first time trick or treating. I LOVE that they can do this in our new town – finally just like everyone else (and like all the kids on Youtube Mummy!)