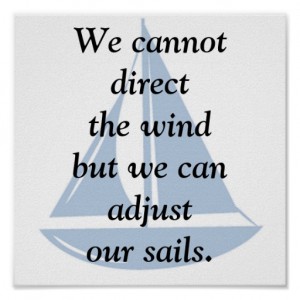 I remember reading a facebook status by another mummy blogger a few months ago about her saying just how frustrating the time of day between dinner and bedtime is and how it was completely doing her head in. She was just about to lose it with not being able to do anything she wanted to do and was just willing the clock to say it was bedtime for the kids.

I remember  nodding and sympathising, cos it shits me too a lot of the time too and then I had an parenting epiphany of epic proportions.

You just have to stop wishing you were doing something else and to just be in the moment with your kids.

Accept that they are not in bed and that you cannot do what you want with them up, and to simply embrace the moment instead of resenting it. Go play with them, sit with them, read with them and stop fretting over what you’re not doing.

I had a really good example lined up for here but just as I sat down to type this post, Master J says Mummy, I need to do a poo!! and I am expected to down tools and accompany him. I started off grumpy, following him with a stomp in my step, full of resentment; but then I realised that I could spend the five minutes being pissed off with the irrits at the toilet door, wishing I was here typing this and asking him if he was finished every 30 seconds OR I could spend the five minutes pulling funny faces with him and having some of our very serious albeit hilarious toilet conversations. Choosing your attitude makes a butt tonne of difference and when I sat down here afterwards I was in a good mood, having spent five fun minutes with my youngest instead of wishing those five minutes away.

We went out on Wednesday night, just to our local Country Club for an early dinner. By the time we got home, got the boys bathed, teeth cleaned, stories read and into bed, my favourite TV programme of the minute has just started. I was grumpy to have to miss the beginning of it as normally the kids are well into bed by the time it starts, and I started rushing through my regular song that I usually love to sing to the boys, with resentment filling in me that I was once again missing out of doing what I wanted to be doing because of the kids. Then I stopped, mentally slapped myself and accepted that despite my attitude, I was going to miss the first five minutes. I could either be foul about it and ruin my boys bed-time song or I could embrace the moment and have five minutes of cuddles and precious butterfly kisses whilst I sang to them. It was my choice, and I chose to be happy in those five minutes. It was liberating 🙂

I know it’s hard when your entire day is made up of running around after the kids, keeping the kids happy, doing stuff for the kids and basically putting your wants last all freaking day, and by 6pm you have had enough.  But if you kids are awake and need you, there is nothing to be done but to suck it up and get on with it. Time is what it is and you cannot change that – but you can change the grace you use it with.  The days of childhood are long, but the years are short. Try to stop wishing you were doing something else and embrace the moment.