My Food Fight with Point Five 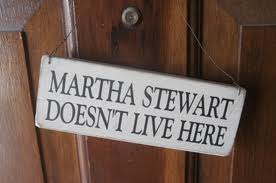 SO, Wednesday night just gone, Point Five and I had our first proper barny since we moved here.
You know the sort, where one of you (usually me) storms out the front door, slamming it indignantly behind you and sulks in the driveway until you realize your partner isn’t coming out as they are righteously fuming as well and there is nothing for it but to eventually skulk back and hope they haven’t locked the door.
Yep, one of those ones…..
All over one of THESE 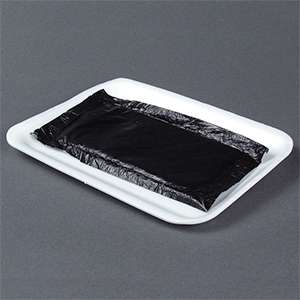 Does anyone know where I am going with this?? No?? Lemme fill you in!
I was at work all day on Wednesday leaving hubby at home with the kidlets and a lovely and well intentioned promise that he would weber up a roast for dinner. I rang him around 3pm and asked if he had the weber ready (we eat at 5pm with the kidlets), which he had clean forgot about. Ah crap he says, sorry. Over the phone I directed him to the fridge and pointed out the roast for dinner which he then decided to do in the oven as he deemed it too small to bother with the weber for. No worries I tell him. Read the instructions and follow them to have dinner ready for 5pm.  Oh, and veggies too – you will need to get them ready as well, yeah?? I could hear his shoulders sagging over the phone lines. Yes dear he reluctantly says. After a quick convo with work people, I tell him I will leave at 4pm to get home to get it all done, K??? Poor love, a weber he can do, but an oven and actual instructions are not his forte.
So, I am home at 4 and he has the roast in the pan, is oiling and salting (attempting to) the skin after reading the beginning part of instructions and I can feel the oven has JUST been turned on. He puts it in the oven whilst I get the veggies out, peel them, chop and season them and pop them in the oven as well. I get the dishes done which were still in the sink from the day before. At 430pm I pop in a mini rack of lamb which I had bought special for the kids as I know they wont eat our pork roast.
Just before 5pm I go to get the meat out to rest it and realise that dearest Point Five had left the absorbent meat pad, or essentially the sanitary pad for a dead pig in our case, under the roast which had been merrily cooking away for the better part of an hour. Now, I have done this before more than once and usually I just flick it out and carve up (NB: for the record, nobody has died from me doing this) but this time hubby saw the offending item and said Ahhhh Shit – I am so sorry. No worries, I assured him. What do you mean No Worries? You’re not going to serve that are you he says. Why not I say? I don’t think that’s a good idea he says, heading to the google encyclopaedia of knowledge. Wait a minute……
He finds THIS and immediately says we cant eat it- we need something else for dinner. Really I say sarcastically, what did you have in mind?? (remember Point Five doesnt cook, and there is place to get takeout in town)
I don’t know he says, but I’m not eating that, gesturing to the perfectly fine dinner carved and sitting on the chopping board, plates all ready to go. Well I am, I tell him, and so are the kids. You can get your own dinner.  You’re not giving the kids poisoned meat he yells (the lamb wasn’t anywhere near the offending meat pad) and I cant believe as a Mother you would even think of it, knowing what I have just told you (re the yadda yadda on google). Do you want to get us all sick, and maybe even (wait for it, with google as his witness) DIE????
(did I mention that Point Five gets his Drama Queen ways from me???)
Fine then, I yell.
FINE!!!! he screams back. I storm off to the bedroom.
I can hear him chucking the perfectly roasted pork (including the bloody perfectly intact and what I therefore deem to be HARMLESS meat pad – wish I had taken a picture of it so you guys could be the jury but that wouldn’t have been the smartest move, given all the yelling and stuff – you’re gonna blog WHAT???), the rack of lamb and all the veggies into the bin.
I turn into a slighted wife and (apparently) worst mother of the year and march out the aforementioned front door. 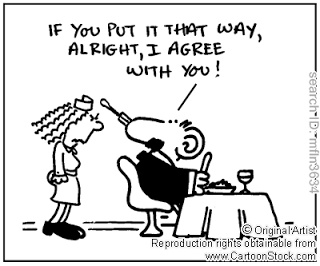 After not nearly long enough (it was 5.15pm and the neighbours of our small country town with their wagging tongues were driving home down our street and staring at me, parked on our driveway and I was beginning to wish for the anonymity of the big smoke and dreading going to work again in the morning, lest I get the Spanish Inquisition) I came inside, silently helped him get the kids nuggets, scrambled eggs and fruit for dinner and disappeared off to Konga for an hour.

After a particularly violent vigorous session I realised that  this was an argument neither one of us would win (usually I do – booyah!).
I knew I was right and nothing was poisoned but I also knew he THOUGHT he was right and was only doing his best to look after his family and their health (thus protecting them from evil villainous Mummy out to kill them all – still a tad grumpy about that jab) so when I came home I said sorry, he said sorry and it has never been discussed again.
He had 2 minute noodles for dinner and I had a Le Rice.
And LOTS of wine.
What would YOU have done??
What’s the etiquette for roasting Meat Pad in your house??
Do you know how to agree to disagree in your marriage when one of you is still desperate to be right??
(whilst I have shown this as an example of  where it has been successfully negotiated (eventually), Point Five and I still navigate this plain awfully on MANY an occasion)