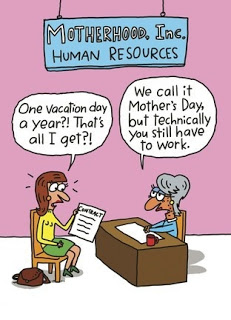 Sooooo, how was everyone’s Mothers Day?? 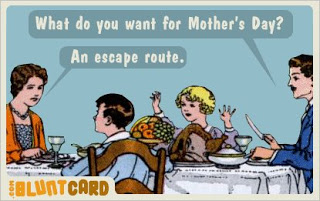 Mr Point Five and I don’t do the Mothers Days, Fathers Days, Birthdays or Christmas presents. We both agree that it is pure commercialism to get you to buy things you dont necessarily need just because a day on the calendar says so. We buy what we want throughout the year when we see it on special or when we need it. For example, my “Mothers Day” pressie this year was a new computer as mine shat it when we moved house a few months back and Hubby saw a really good deal at Harvey Norman so we bought it back in early April. So, I honestly didn’t expect a present for Mothers Day at all last Sunday. Or a card – just a waste of $5 plus with what he always thinks to write “just because” – gets a bit silly after a while and they all get thrown out eventually. G Man made me a lovely card at Kindy which melted my heart and that was enough.
Or so I thought. 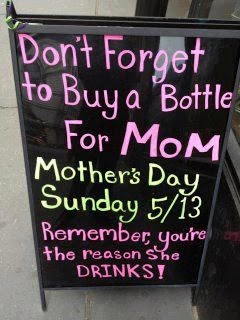 What I really wanted was THIS, but I forgot to tell the hubby.
So, the day started like all other Sundays – Mr Point Five worked til the wee hours on Saturday night so he slept in whilst I got up at sparrows fart with the boys. He staggered out of bed at 10am and headed straight for his temple that he worships computer desk. At 11am I smelled a mucky nappy, courtesy of Master J and reminded hubby that as it was Mothers Day perhaps he would be a love and change it for me??
He had forgotten it was Mothers Day.
But I thought I already got you a computer for Mothers Day he fusses. And now you want me to change a nappy?? Serious? I have to be at work in three hours!
Damn straight I am serious!!! Did you SEEEEEEE what all my mummy friends have pictures of on their facebook today???? I had been up since 6am and couldn’t help but be swarmed with all the comments of breakfast in bed, handmade pressies from the kids (helped by loving Daddys), planned lunches out at a cafe/restaurant, a night off from cooking on the cards etc etc etc barf vomit.
But, but, but, he says, clearly annoyed, and more than a little confused as he thought we had an agreement….
“I thought you didnt want to celebrate Mothers Day?? I thought you didnt believe in Mothers Day and that it was all commercial crap getting us to waste our hard earned money????”
Yes, I agree, that is true but I am still a MOTHER and today I want to be APPRECIATED – TODAY because everyone else is!!!! (I have resorted to teenage logic)
And I want, I want, I want….. I dont KNOW what I want but it DOES involve not changing bastard pooey nappies today, cant you understand???? I stomp off in a sea of tears to change Master J’s bum, feeling that nobody appreciates me and what I do, la la la, woe is me. I then retreated to the ensuite (or anywhere when I couldn’t hear Mr Point Five tap tap tapping on his computer) to clean up the hurricane that was Bubba J whilst I had my shower this morning.
(On a side note, I do my best cleaning when pissed off. Im not unsure Mr Point Five doesnt take advantage of this fact at times.)
So, after about 10 minutes and I am guessing some pondering that is the enigma of his beautiful, if not a little OTT and possibly hormonal wife, hubby makes the smart choice of coming in and taking over my task. Then he tells me there is a cup of coffee on my computer desk. The sink is run for the dishes. I toss up whether to be a martyr and continue with my tanty but decide not to ruin the day further and whilst he may not have got “it” after his first comment that perhaps he does now. I will let him have the dignity of a win here.

Whilst he had suds up to his elbows, I smell another blessing from Master J so I go, (didnt want to punish Bubba J for me being stubborn here and waiting for hubby to finish the dishes) to change his bum again. Hubby rushes in, dripping suds all down the hall, yelling
“I’VE GOT IT!!!”
I had to laugh.
I think he really did get it. 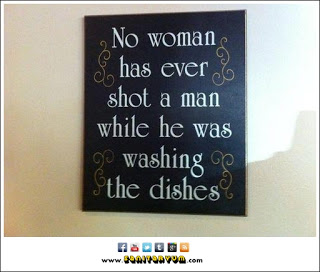 Now, do you think he will remember next year??
Oh yes, he wont let me forget this particular meltdown of mine.
It will be “Remember Mothers Day last year when you lost your shit over changing a nappy?” 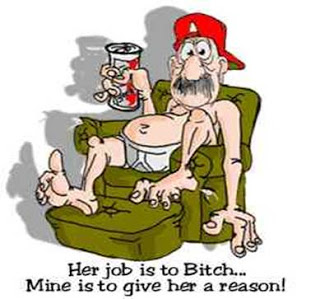 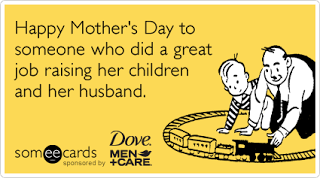 Hope you all got what you wanted on Sunday.

I know I did – eventually 🙂