Too young for Bowls? 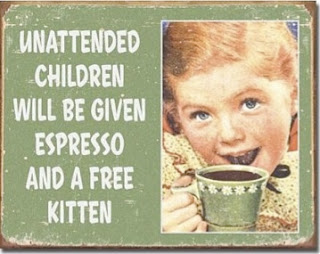 Hubby is going down to the Club (local Bowls, we live in a very small country town and it is the ONLY place to get a meal that you don’t have to cook yourself) tonight for a few drinks with a few mates. He should be home by 9pm as he is on a promise. Or home after 9pm, no promise, AND he gets up with the kids in the morning.  Chances are he will rock in past midnight, try the promise on for size, be sorely disappointed and then sleep in the spare room so he cant hear the kids in the morning….. but I digress. Keep it moving.
Of course I was invited as well but the catch was that the kids came too. I was reminded of last month when we tried going to the Club for a meal and immediately said No Thanks, I will stay home. Too much hassle. As much as I would like to go down and socialise with some of my friends too, that’s just the irony of the invitation. You don’t get to simply have a few wines and socialise. You kissed those days goodbye the minute you gave birth.
I will illustrate Friday night two weeks ago.
Master J has a thing for balls at the moment. Its his favourite word. Everything round that he sees is a ball, no matter if it is a wheel, button or pom-pom on a circus hat.  So you can imagine his pure delight when we take him to the BOWLS club and there are many, many people on a big lawn with lots and lots of BALLS. Seriously what were we thinking?? Its 530pm and we have just arrived. We get a drink at the bar, order  our meal and try to sit inside. But its too late. He is at the window and has seen the balls. He has to touch them. Hold them. Have them. There is a big rubber band that is pulling him through the open door, directly over rose bushes and down limestone walls to get to the balls. He has no concept that a game is being played and is a toddler possessed. I dump down my glass of wine and race after him, scoop him up within a bee’s dick of actually stepping off a 6 foot wall, and carry him back inside to our table, kicking, screaming, crying and squirming like a mad worm. I put him down and he is straight back out with no heed of his own safety or my sanity. Another mad dash and this time I pick him up and hold him outside so he can at least enjoy the ambiance and watch the balls. My drink is inside. Nope. Not good enough. Nowhere near good enough Mummy! I wrestle with a 15 month old with shoes on (ouch!) and eventually I have to put him down or risk DCP being called for deprivation of liberty of a minor under extreme duress. I take him back inside and shut the door.
O.M.G. The Tantrum. The Cries. The Tears. The “I don’t understand why you would be so mean to me Mummy, I just want to play with the balls – why would you bring me here if I couldn’t at least pick just one up??” look. The big puppy dog eyes. Our meal arrives. Hubby and I take turns with a snotty, screaming baby on our laps, fear of putting him down lest he break a window trying to escape to his beloved obsession outside.
Meanwhile we are trying to keep one eye each on G Man who is playing/running/being a crazy dino for all he is worth outside with his little kindy mates. At this point, whilst tag-team wrestling Master J, we both trust that ONE of the parents of the other kids is watching him or at least will come in and tell us if there is a broken limb or a cut lip.
So, dinner is scoffed, Master J is rubbing his eyes and yawning between hiccups from sobbing for the better part of the past hour and my wineglass is still full. Somewhere. I have put it down on a mad dash for the door and now it is gone. Awesome. It is 645pm. Everyone is staring. I cant remember what I ate, I haven’t wet my lips and I declare it is time to go home.

Our farewell is next Friday night. At the Club. With the kids. Awesome.

We move towns in a few weeks and I really hope our local club is a chess club. Or a wrestling one. Jax would fit right in 🙂

« Letter to Me at Sixteen.
Moving House with Kids…. »