Officers in blue bleed red too. 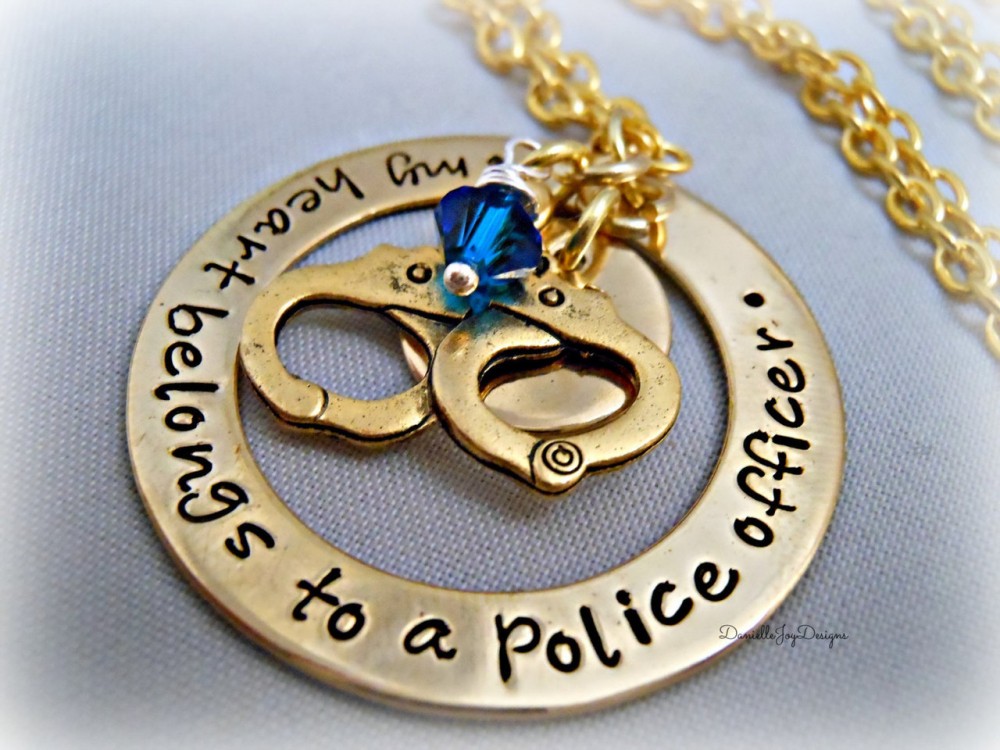 My husband leaves for work each day and sometimes the only confirmation I have that he is still alive during those 8 hours is the news page I have on my desktop background to tell me if there is any breaking news that he may have been involved in.

No news is good news eh?

He responds to callouts at 2am to jobs where the only details he has is “shots fired” or “domestic with a knife”. He puts on his blue uniform and leaves his family to do his job; protect the public. He has responded to calls where disputes and altercations have been successfully handled, ones that don’t make the media, ones that occur behind closed doors. He has talked down violent offenders without incident. He has performed CPR for hours so much so that he had trouble lifting his arms the next day, yet for naught as the person didn’t make it. He has held people who have died in his arms. He has pulled the body of a child from the wreckage of a car. His actions in these situations didn’t make the news and I assume he will be home after each shift, even a 33 hour shift such as Christmas Day.

Despite all these things, the things that he does everyday in his job, he is not superhuman. He is flesh and blood just like you and me.  Whilst the uniform holds him accountable for his actions, it does not make him impervious to feelings which he must hold in check and conceal. He is not allowed to wear his heart on his sleeve.

He is a husband, a father, a brother and a son. But this does not matter on the job. These are his vulnerabilities of which he is not allowed to have. To the public he is Superman.

My question is this.

Why is my husbands life less important than you or yours?

If someone was charging you or your loved one with a large knife, had been pepper-sprayed and tasered and yet they still charged;

(A witness statement – “The woman came so close to one of the officers that he was going to be stabbed or had been stabbed. She could not have been tackled, the way she was running and swinging the knife it would have been ­impossible to get an arm or leg shot on her … she just kept coming as if she was possessed.”)

…would you want a police officer to still try to stop them? Would you want them to use whatever force necessary to stop you or yours from being stabbed and possibly dying?

Of course you would. He would be a hero for doing so, saving a life from a person intent on taking one.

So why is an officer defending his own life vilified and crucified by the public? Why shouldn’t he be afforded the same protection as you or yours when his life is threatened?  As any other officer, my husband bleeds the same blood as you and I and even though he can’t show it on the job, he has loved ones waiting for him at home too, ones that call him Daddy.

My heart breaks for the officer involved in the public  shooting last Wednesday. Nobody expects to go to work and be faced with the impossible situation of taking the life of another. Having said that, nobody goes to work and expects to die either.  He will have to try to live with that forever, go to bed with it each night.  My heart also goes out to the relatives of the young woman with the knife; just a tragic and impossible situation she put herself, members of the public and our officers in. 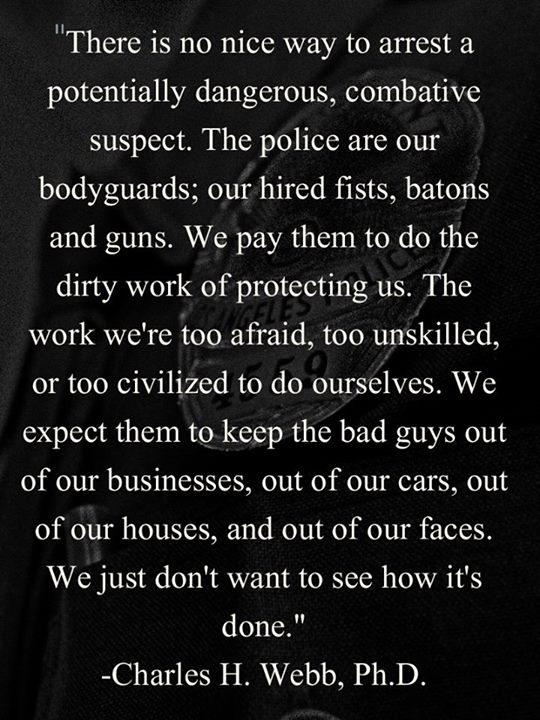 At the end of the day, even though its a noble job, a job that he chose, a worthwhile job, a sometimes dangerous and necessary job, it is a job, just like you and your partner have. You go to work and you expect to come home at the end of your shift. When my husband walks out that door each day I expect him to do two things:

1. Do his job to the best of his ability, to protect and serve his community, to be a beacon of strength and compassion where needed and maintain his integrity throughout.

I don’t think its too much to ask.