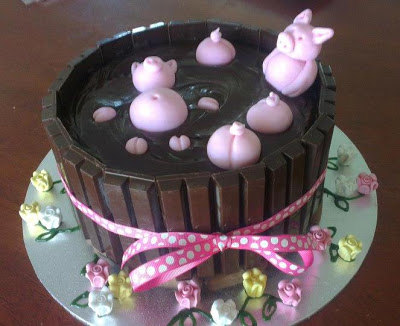 So, I made this cake to enter into our local towns annual Fair for Best Chocolate Cake Competition….
(It won – there were two entrants)

I saw it on facebook somewhere and thought meh, I can do that.
And guess what?? So can you!
If you can tie a ribbon and make a play-doh piggy bum you are a shoo-in for it!!!

1. Two packet cake mixes – I used some sort of Moist Chocolate Cake one that was on Special.

2. A butt load of KitKats. These are the most expensive part of the cake so look for them on special. You will need about 10 plus a few in case of breakage or cravings. You could also use musk sticks which are a heck of a lot cheaper.  Or those long finger biscuits…..Just an idea. 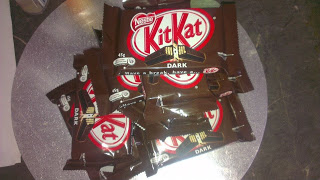 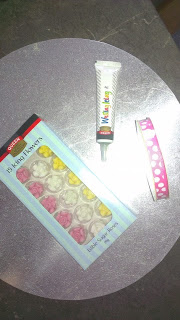 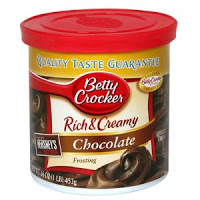 3. You will need to go to Coles or Woolies or somewhere similar and buy these cute icing little flowers – only a few dollars for a pack in the cake decorating aisle. Also a green Writing Icing tube – same section.
4. Also, I cheated BIG TIME and bought a tub of Betty Crocker Frosting. I swear by this stuff.
No mess, no fuss and does the job. In the same section as the rest of the stuff.
5. Buy some pretty ribbon – from anywhere really. You will need about a metre. 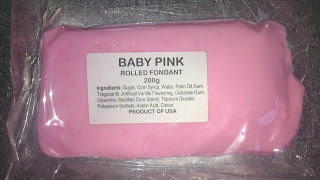 6. Now the fondant. You can make your own (recipe here) OR you can cheat like I did (yes, again) and buy some already made and coloured. I ordered mine on ebay cos I live in the middle of nowhere but if you live in a city I am sure there are places you could source this from. 200g is all you need for the little pigs I made.
The METHOD 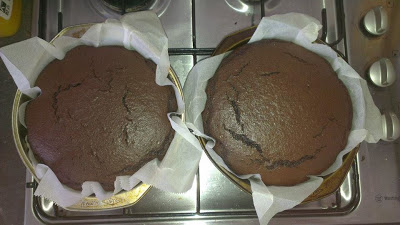 1. Bake your cakes as per packet instruction 🙂 See? Not hard. 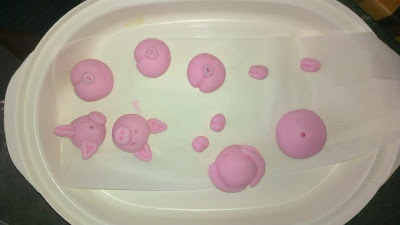 Whilst your cakes are baking and COOLING, make your piggies.
Set your toddler up with his fave movie and grab a toothpick. I dont really have any tips here apart from the toothpick. For the bums, roll a ball and then press the toothpick in, pointy side for the upward butt crack. Roll a tail and press on with toothpick. The hooves are just a tic-tac shaped bit with a toothpick mark again. The heads were just a ball with a smaller ball pressed on for a  nose. Eyes were the blunt end of the toothpick poked in as were the nostrils. The ears were just little triangles which i folded in on the sides and attached by pressing the toothpick on the back of them to the head. One head needs to be lying down and the other sitting up a bit. The arms I kind of winged – use a bit of water to attach to the body. The bellybuttons are done with a toothpick as well. Work quite quickly as the fondant can get sticky with handling. If it does pop in the fridge for five minutes and have another go. 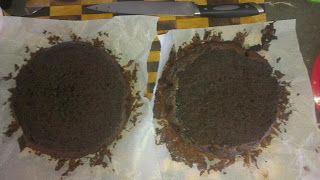 After you cakes have cooled, slice the top off both with a big knife to make them level.
You can freeze what you slice off to use for a trifle or something later if you like. 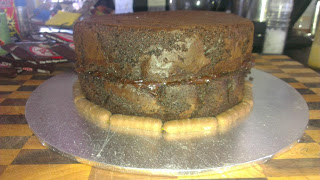 Place cakes on top of each other with a little of the Betty Crocker Frosting in-between.
My cakes were too tall for the KitKat so even after levelling some more I had to use some TV snack biscuits to prop the KitKats up higher. I attached them with a little bit of icing to the base.
Alternatively just keep levelling your cake until the KitKats are at least one and a half cm above your cake. 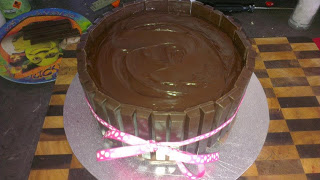 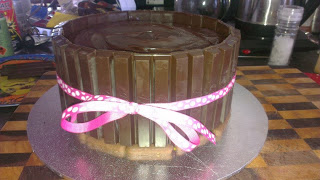 Break your KitKats into two rows and press on with a bit of icing. Have your ribbon ready to go and tie a double knot QUICKLY!!
Sorry there are no halfway pics here – it was a challenge to get the KitKats to stay upright before I tied the ribbon. Elbows and thumbs everywhere.
Pour/Spoon the rest of your frosting onto the top of the cake. It is pretty thick stuff so it wont dribble down between the KitKats. Give it a swirl with the back of a spoon for the mud effects. 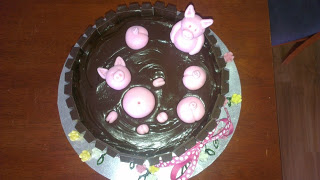 Gently place your piggies on top. Press in a little, but not too much. 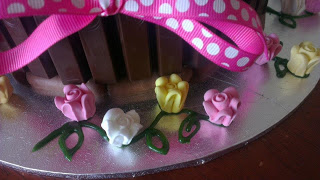 Pipe a few vines and leaves with your Icing tube and gently press flowers down around the cake base. 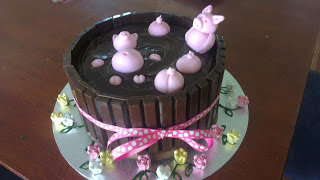 There – done!!!!
Any questions, just leave them in the comments.
For other cakes I have made, click HERE 🙂 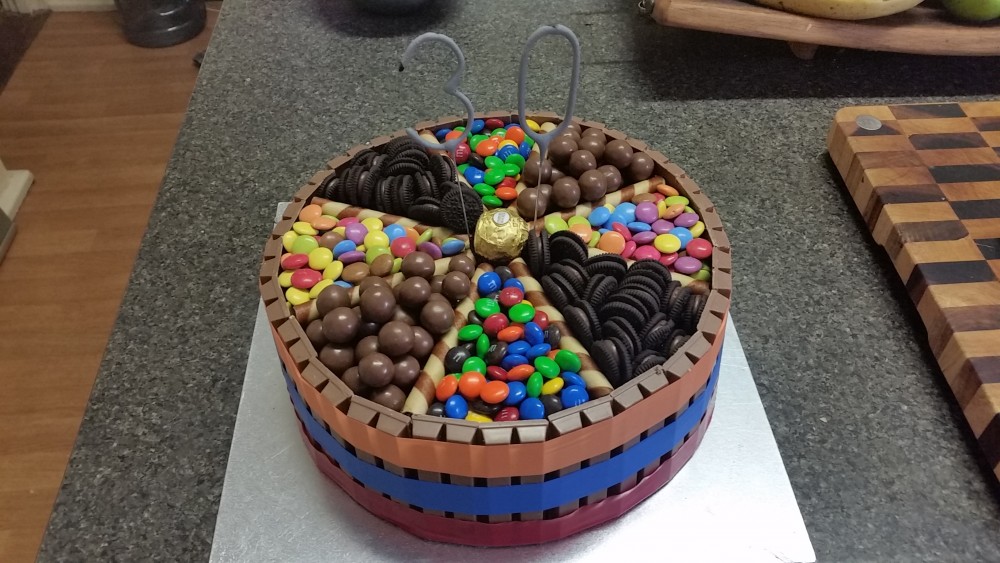 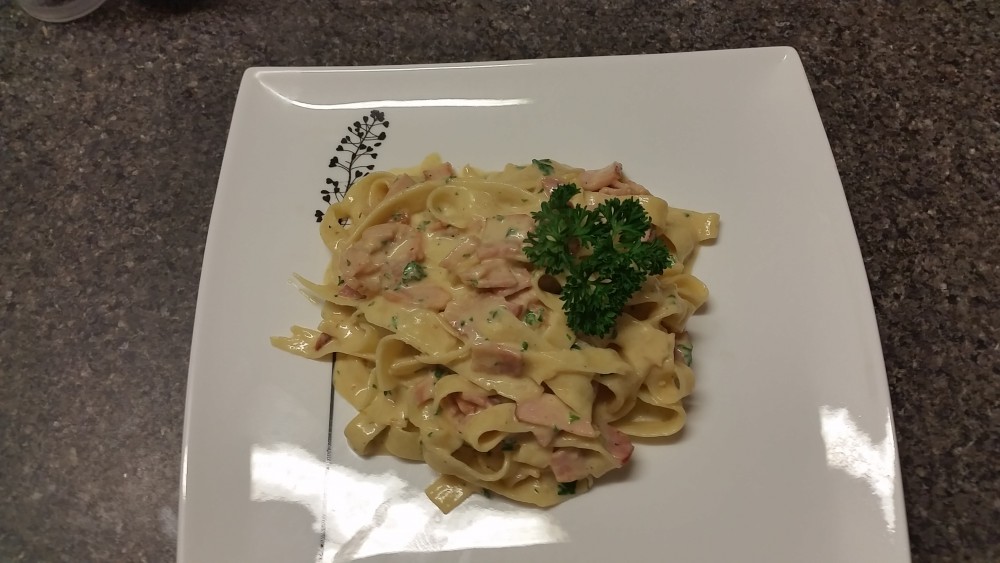 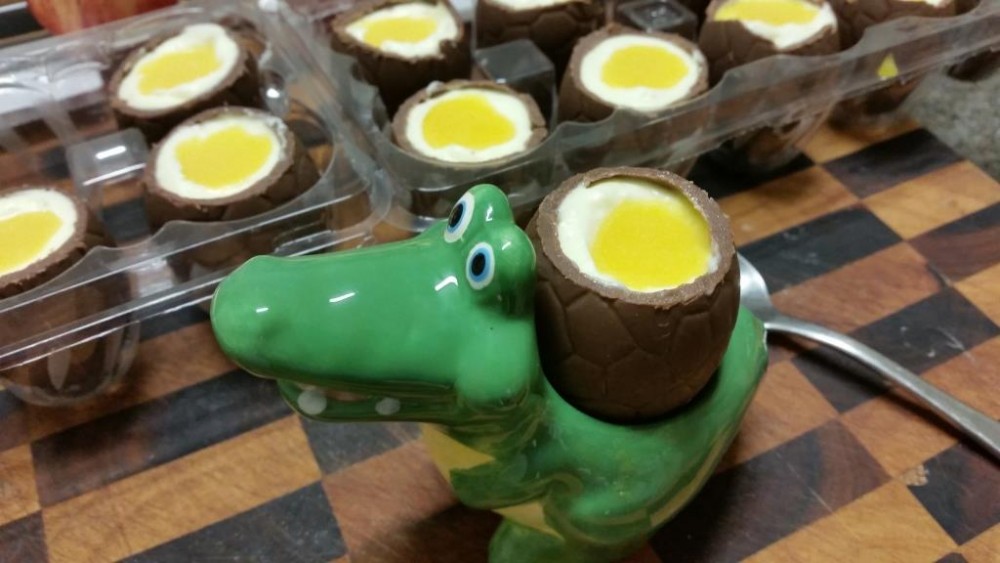 « How to make a Birthday Board :)
I'm a terrible, terrible housewife…. »