The night that could have been….. 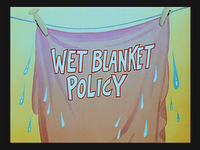 Mr Point Five got home yesterday after being away for a week. SO you know what that means when the kids go to bed. Yep, a bit of the old horizontal sheet boogy. He had a shower and a shave. I slipped into my non-floral/flanny nightie and the kissing had JUST started when……
RING RING……RING RING.
I knew who it was and I had to answer. My poor Mum has been in hospital for about 4 weeks now and I talk to her every day when she goes in, which is a common occurrence.  It isn’t an option – if I don’t speak with her she gets worried and starts to freak out (she has a severe mental illness). I just have to talk to her. I meant to call her after dinner but I forgot and when the phone rang I KNEW who it was and I was kicking myself at the timing. I think hubby was kicking more as when he realised who it was he put his jocks back on and grabbed the eee-pad whilst I talked in bed. It isn’t an ordinary conversation by any stretch of the imagination and he knows my mind will not be focussed for between the sheets activities after I have finished.
Oh well, a silver lining to the call is at least we are in bed early and we can both can make the most of a decent nights sleep as I was on a lie-in promise this morning.
I really should have informed Master J of this plan.
We turned out the light at 10pm and after stressing about my conversation with my Mum for a while I was wrenched from my slumber at 11.45 by a toddler letting me know that he was well awake with no intentions of going back to sleep. I sat beside the bed with my head on the pillow, coaxing his head down next to mine and tiptoeing out when I thought he was asleep. Nup. I argued with him (yes, seriously, I argued with a toddler – who do you think won?). NO he said when I asked him to lie down. I got him some “Chugging” trains to play with – no good. I stood outside his door until I thought he was asleep and crept down the hall when I saw his head drop. Nope. I sat with him and cuddled and just when I felt him get heavy I heard G Man calling out for me from the other room. Crap. I popped Master J back into bed, sorted out G Man (who bloody wanted the TV back on at 1am – get real buddy I told him!), heard the dulcet tones of silence from Bubba J’s room and finally went to bed at 1.15. I was frozen so I popped the leccy blanket on low. Not 5 minutes later I heard Master J protesting again so up I get. Utterly defeated by this time after nearly two hours of shenanigans I bring him back to bed with me. After 20 minutes we are both burning up – he is like a little boiling hot water bottle cuddled up to my back and I remember the electric blanket. Reaching down (the control is at the foot end of the bed) I turn it off, half pulling the doona off hubby as I do so who grumbles at being woken up (I KNOW!!!!!!!)
Ended up spending the night on the high part in the middle of the bed – sandwiched between my darling snoring husband who had sat up with me while I cried before going to sleep, so I didn’t want to disturb him as he was on get-up duty, and my youngest son who was sprawled out like a hot sleeping ferret taking up all of my side of the bed. Our king size bed never felt so small.
I think next time I will pop Master J into our bed and then go sleep in his bed. What do you do with the night time bed dance??? Who is the winner and who is the loser???
funny, husband, marriage, sex