Why I gave up the bubbles….. 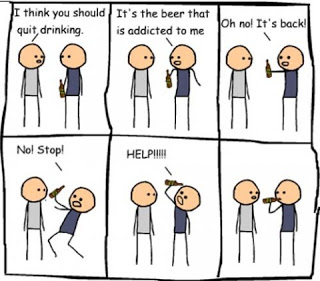 NB: Before I write this, I want you to know I understand the seriousness of being an alcoholic.

I am not belittling it or underestimating it.

I also want to state that I am not, nor ever have been an alcoholic.

I am not in denial.

That’s a river in Egypt, don’t you know.

So this year I turn 40. This means that I have been of legal drinking age for 22 years. Out of those 22 years I worked in hospitality for 15 of them. Out of those 15 years I worked 5 days a week, 48 weeks of the year. All the jobs I had encouraged sitting back and having a glass or two of wine after work  (mostly evening shifts) and the occasional late night/early the next morning bender thrown in for good measure. I once worked at a pub that was in receivership and the bank couldn’t care less what the grog profits were – boy, THOSE were fun times.

Occasionally we all went out to a nightclub but getting to a place sober at 1am is never fun and besides, when the boss is paying…..

I worked in some of the best restaurants in Perth and some of the wines and champagnes we got to try were amazing. It was almost criminal not to try them, enjoy them, savour them. We went from open bottles of delicate bubbles, to zesty reislings, cheeky sav blancs, toasty chardonnays, and then onto the reds. It was a veritable plethora of fine wine all for the taking after work.

Now I really cant be arsed doing the math but that’s a LOT of free drinks after work for 15 years straight.

Drinking wine is definitely a part of my life that I enjoyed. I relate it to good times, relaxing after a long work shift, knocking off for the day, being sociable and generally enjoying my life. And if its a decent bottle, then I actually really appreciate the taste. Did I mention I like nice wine??

When I stopped hospitality and moved into a regular 8-4 job I would pick up a bottle on my way home from work. I would have my first glass when I got home around 5pm, another watching the 6pm news, another cooking dinner and then I would finish the bottle with dinner and watching a TV programme.

Yes. A whole bottle. Every night. No hangover the next day. No guilt.

Then I met Mr Point Five.

He didn’t share my enthusiasm for wine in the slightest. His idea of a nice bottle of Champagne is Asti Spumante. Cereal. So gross. But he would have 2-3 beers whilst I had my wines and we continued on until I fell pregnant with G Man.

I stopped cold turkey. It wasn’t hard. I just did it. I think I may have had a single glass of Champers on my birthday and that was it.

As soon as I stopped breastfeeding (I made it to 12 months), I was back in the same habits. Maybe not quite as bad as I definitely felt the after effect of a full bottle the next day after basically not drinking for nearly two years, but I was having two glasses each night.

It was my Mummy REWARD for a hard days work. I EARNED it.  I DESERVED it.

Same again when I fell pregnant with Master J, although I only managed to BF him for 4 months. 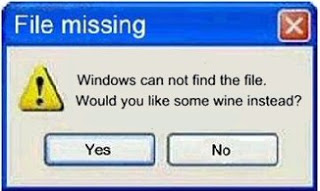 Which brings us to two weeks ago.

Master J is two and a half now, so I have been back on the wine wagon for just over two years.

I have my first glass at 7pm, when the kids go to bed. I justify it that I don’t drink when the kids are still awake. I have another if we decide to watch a TV programme or if I am on the computer and if we watch a second programme, I can be tempted to a third.

I was convinced it was NORMAL.

ALL the Mums do it – haven’t you SEEN all the wine Memes out there? 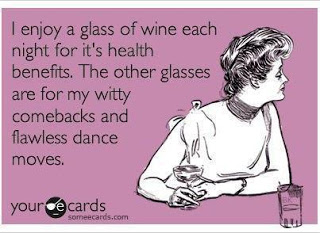 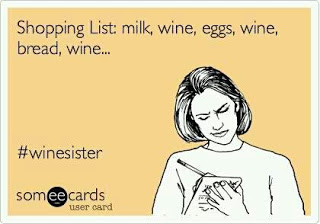 My friends would post funny drinking pictures to my wall. Often when a funny meme did the rounds I would get different friends posting the same picture to my wall in the one day. I giggled, my friends knew me well and affirmed my habits. It was totes the normal thing to be doing.

Until I was lying in bed a few weeks ago. For some reason I realised I hadn’t been to the loo all night and I had consumed 4, yes, I was horrified when I realised, FOUR, glasses of wine over the evening. I lay there and thought about my organs being literally pickled inside me in the bottle of wine I had poured down my throat. Seriously, I was PICKLING my body from the inside. It cant be good. It wasn’t good.  I realised that drinking 3-4 glasses of wine each night was NOT normal. It was NOT healthy. And if something didn’t change, then I would continue doing this for the next 20 – 30 years at least. It was a MASSIVE wake up call for me.

Lying there in bed two weeks ago I made the decision to quit drinking. Not cut back, I enjoyed it too much for that and I knew once the bottle was open that I would easily convince myself to have “another glass”, but to stop altogether. I was poisoning my body. That was how I saw it that night, like a light switch flicked on. Totally weird, I know.  The thought of putting alcohol in it revolted me – all in the space of a 30 second thought in bed I went from savouring my last mouthful to just about wanting to throw it up in the toilet.

I just had this VISION of my pickling body lying there in my bed.

So anyhoo – long story short (bahahahahahahaha), I had my last drink 2 weeks ago.

It wasn’t hard. I just didn’t open another bottle. There is wine in our rack but I no longer want to drink it.

There are some nights when I am itching for the motion of glass to mouth, such an ingrained habit of watching TV in the evenings or typing on my computer, and for those nights I pour a wine glass of Schweppes ginger beer . We went to the club last Thursday and I had a Lemon Lime and Bitters in a champagne flute and I didn’t notice the difference. I felt like I was being sociable with my usual bottle of Yellow. Its amazing how the mind can be fooled. 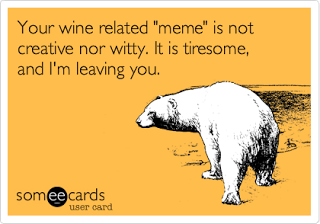 Its also amazing how many of my other “ailments” have cleared up after two weeks of no alcohol.

My hayfever which has plagued me for the past 7-8 years has all but disappeared. I have been having steroid injections for it as well as nasal sprays ($60) and have a specialist appointment in August to get tests done. I think I may not need to keep this appointment.

I have stopped snoring. Mr Point Five has been sleeping with earplugs since he met me.

(TMI perhaps, sorry)….My IBS which I have had for the better part of six months and have seen two doctors about has disappeared. I cannot TELL you how much of a difference this has made.

The downside is that I am having trouble sleeping at night. I guess I was just so used to piling into bed with most of a bottle of wine to get me off to sleep, and without it I am struggling.

So, there you have it – how I started and why stopped drinking.

I hope this helps someone else out there who may be stuck in the same rut as I was.

Any questions, you know where I am.

I’m off to get a hot Horlicks before bed.

« Ranty Pants post – R Rated; R for profanity and R for Racist.
A post brought to you by Toddler Tanty #167 »