So for those who don’t know, Mr Point Five is acting up in Hopetoun for three weeks. Acting up is the term used when you relieve another officer who holds a higher position to you. And by relieve I mean do their job whilst they are on holiday; get your minds out of the gutter 🙂

Hubby is acting up as the OIC and was working 10 days straight so the kids and I used the excuse to get away to see him for the weekend for a mini-holiday just now. Also because Master J was beginning to tell his daycare that Daddy didn’t live with us anymore. Aherm. Best remind him of what his Daddy looks like eh?

Hopetoun is about 350km south east of us and is on the Western Australian coast between Albany and Esperance, perhaps closer to Esperance. It is only a two man station so I imagine its population would be about 1500 people.

The drive down was stunning – most of the farmers down this way have finished seeding and the paddocks were full of baby crops all pushing their way out into the sunshine through last years stubble. The Stirling Ranges were the backdrop for a lot of the drive and I had Phil, Jewel, Avril, Chad, Katy and Usher to keep me happy in the car – heaven. Although they did have to battle with Scooby-Doo in the back seat DVD player for most of the three hour trip.

It is glorious! Well it was on Saturday, stunning blue skies albeit a little chilly and windy. It is like an old-time coastal fishing town but with all totally new facilities.

I could easily live there, and although it is further away from Perth than we are now (where all our rellies and friends are) it would definitely have a beautiful beachy/fishing lifestyle to make visits to Perth redundant every school holidays.

Mr Point Five was happy to see us; he is the type of guy who will wander into the family room whilst he is brushing his teeth as he doesn’t like to be on his own for too long and he was getting very lonely on day shift in a caravan park chalet all by himself.  Especially as the day after he started, he had two RDO’s in a new town where he knew nobody, 350km away from his family. Insanity. I also broke my “I never put our two nights in a row” rule as we were only there for two nights, so a very happy hubby indeed.

I took a few piccies and I thought I would share them with you. 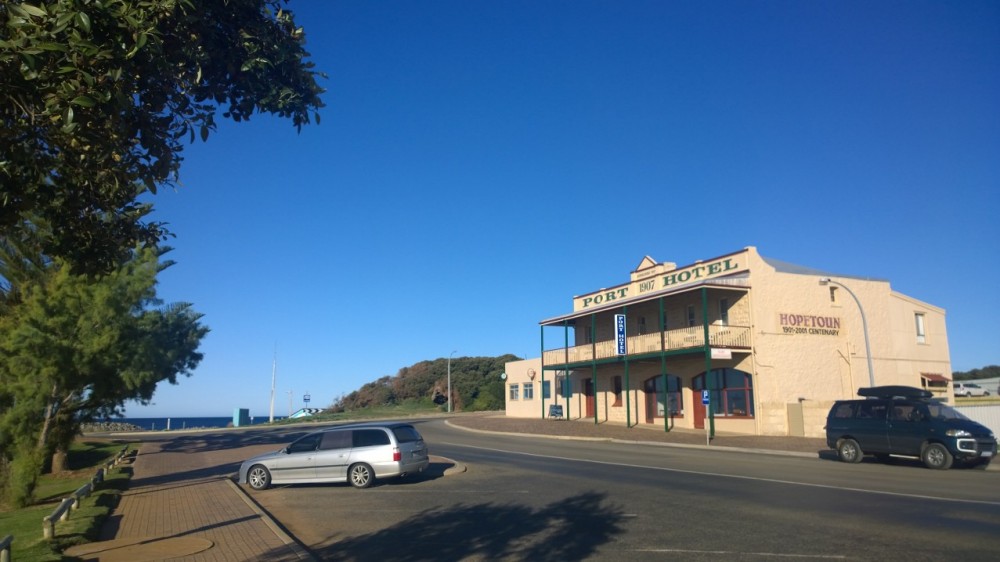 This is the pub, look at the ocean backdrop – we didn’t go there for dinner as in Hubbys line of work, you tend not to eat where you shit, if you get my drift. The Caravan Park where Mr Point Five was put up was out of town a bit and had a really lovely restaurant attached where we ate both nights 🙂 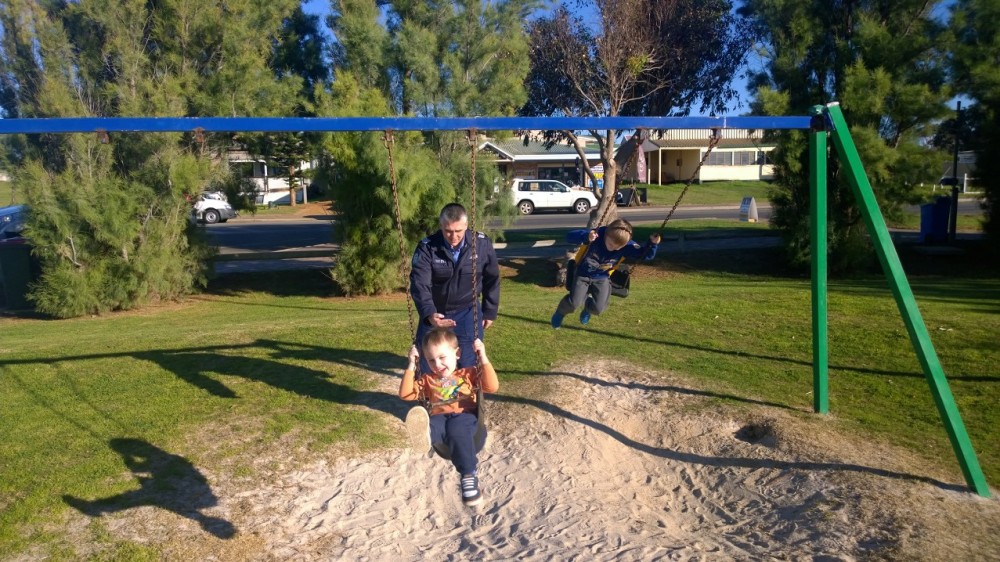 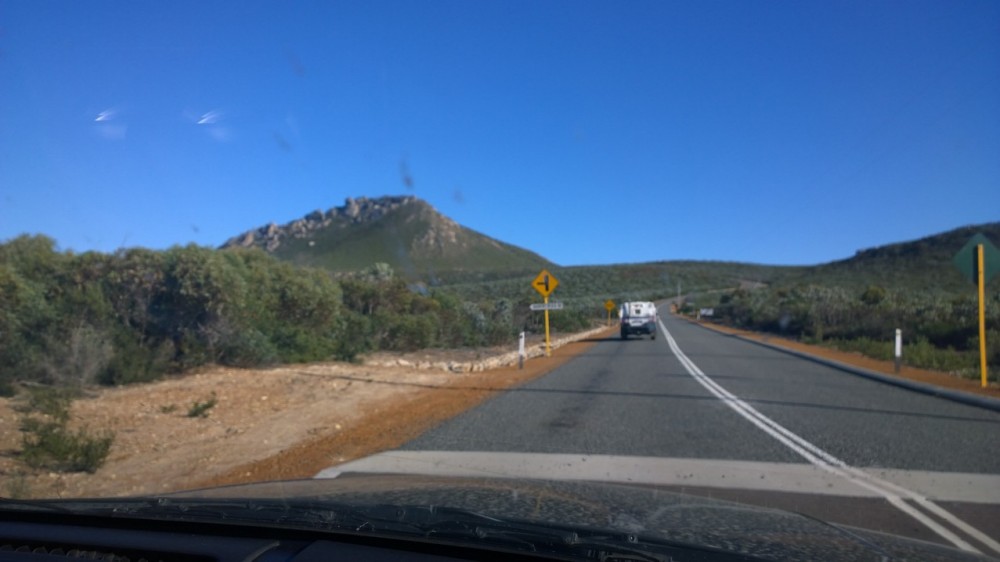 Hubby had to work both days we were there but he decided to “patrol” the National Park and I followed him with the boys and we stopped for photos and to take in the views as a family. Obviously if he had to pull someone over I would just go on my merry way and pretend I didn’t know him. Him? Nope, never seen him before.  🙂 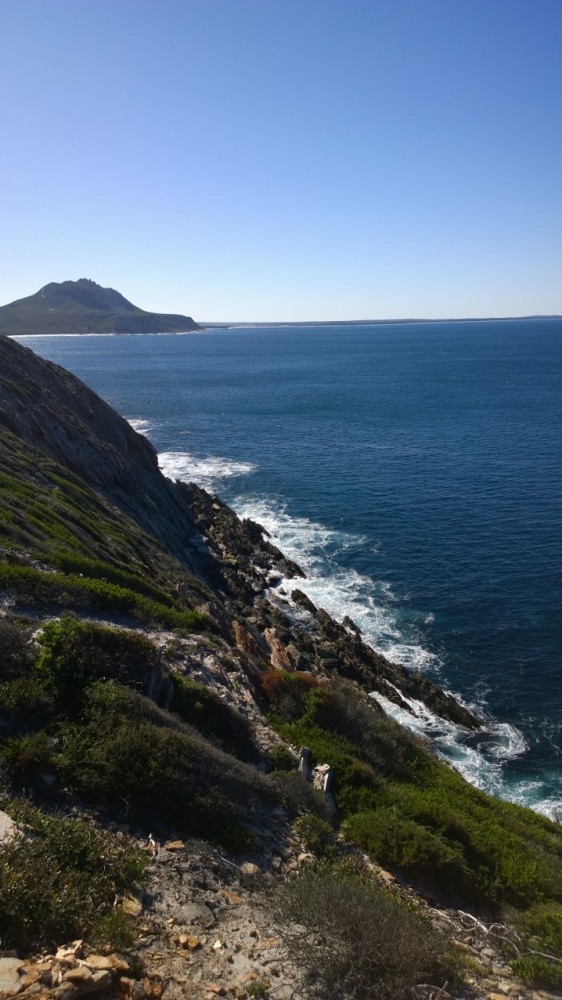 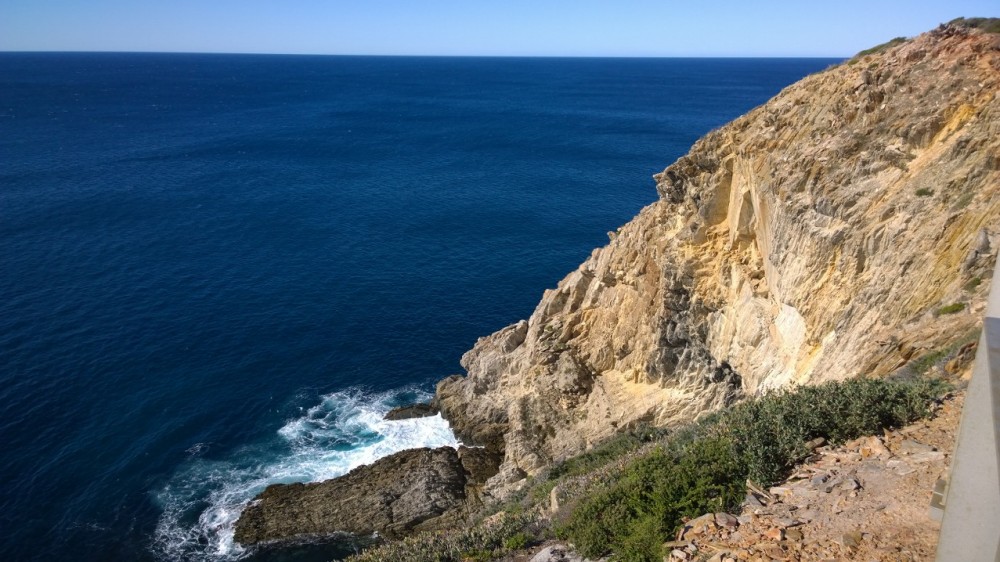 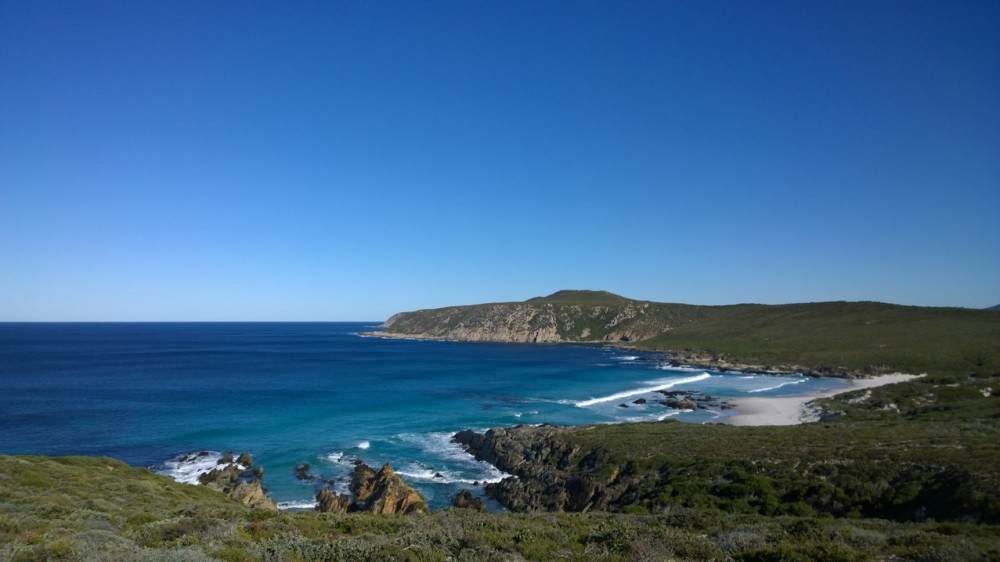 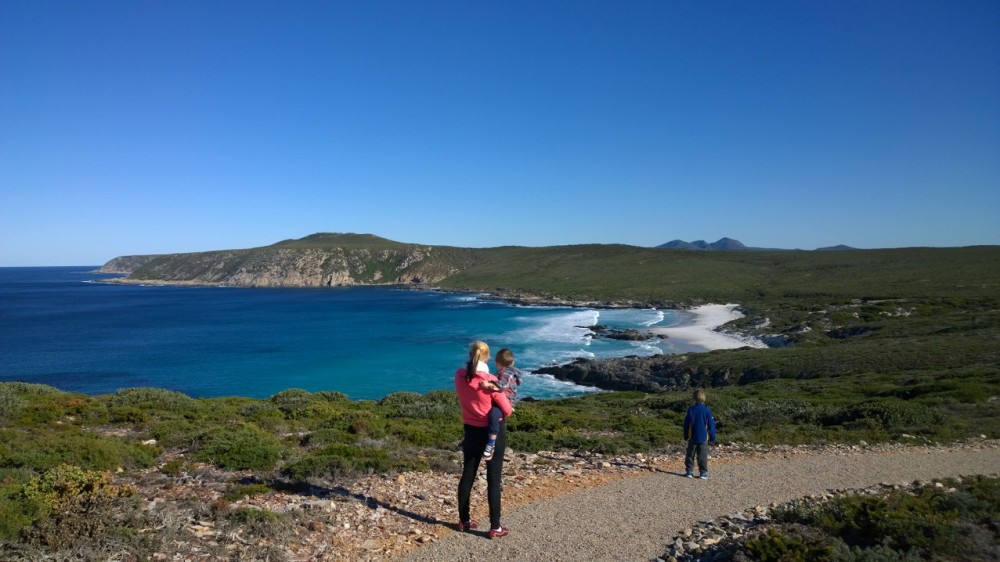 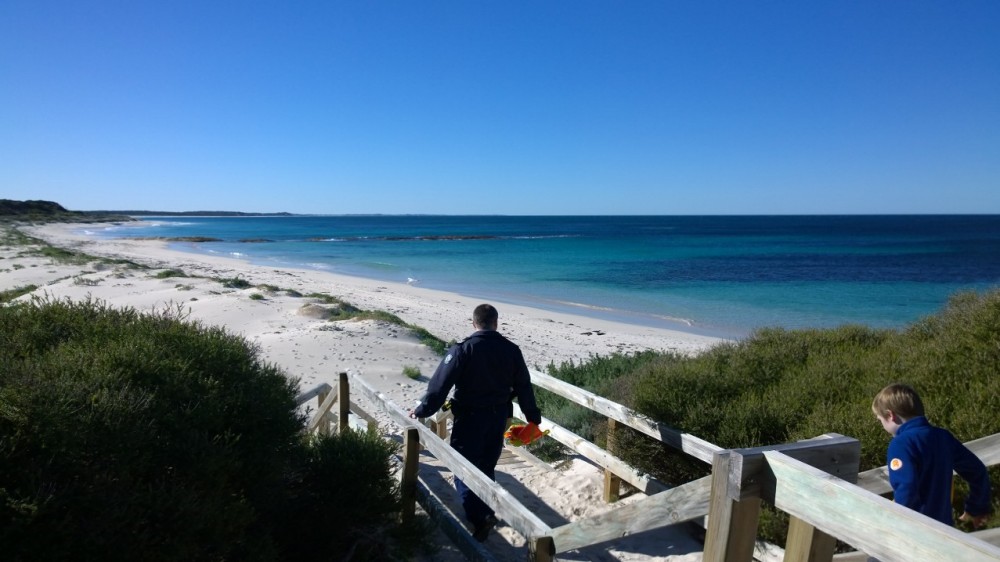 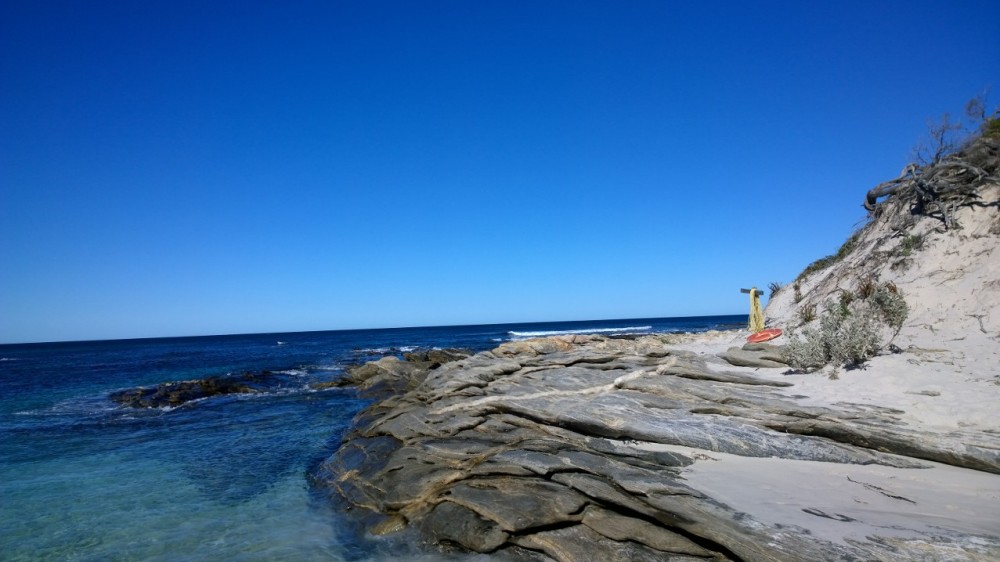 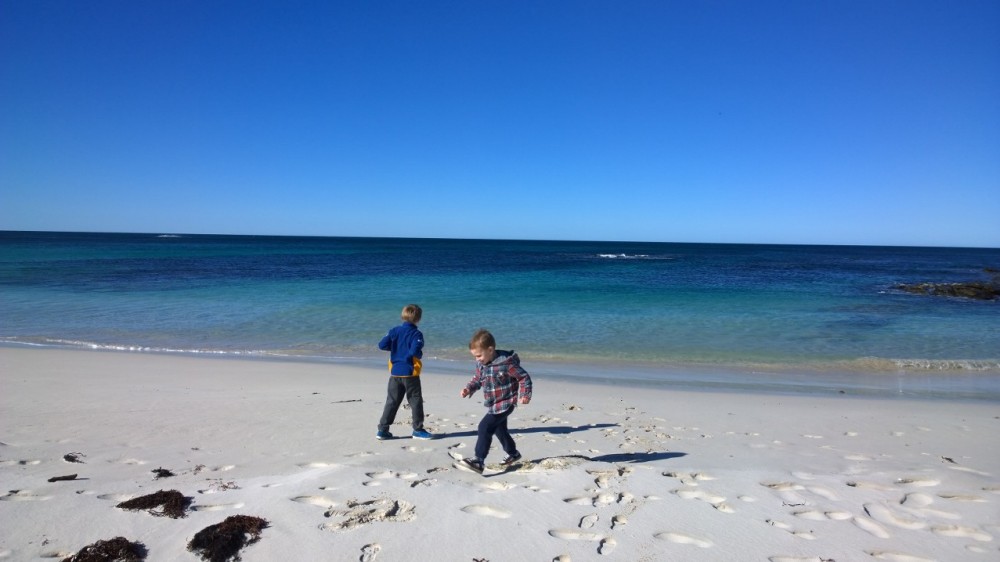 The boys were under strict instructions NOT to get wet as it was about 15C and Master J was nursing a cold. 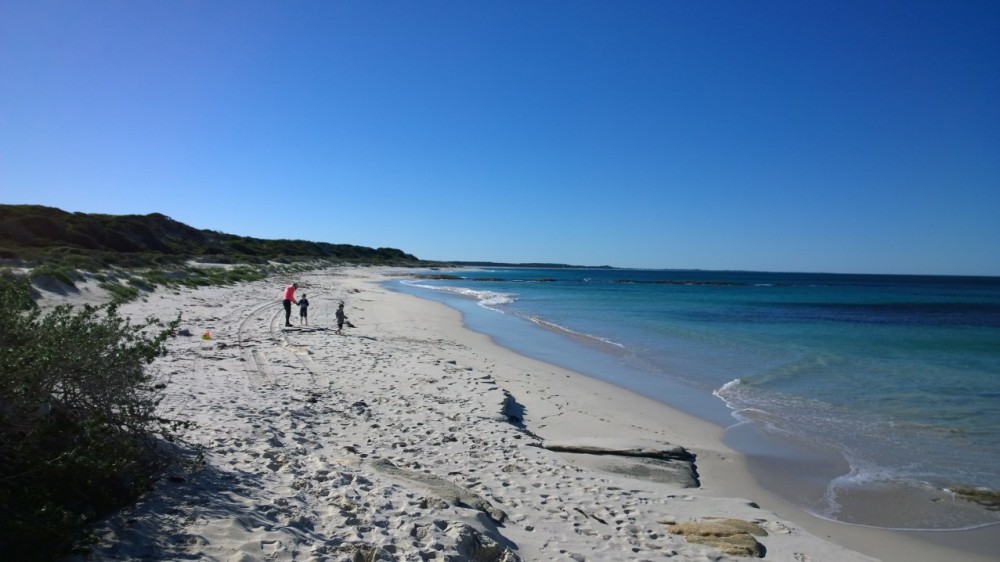 Then I let them take their shoes off and roll their pants up and told them not to get them wet. 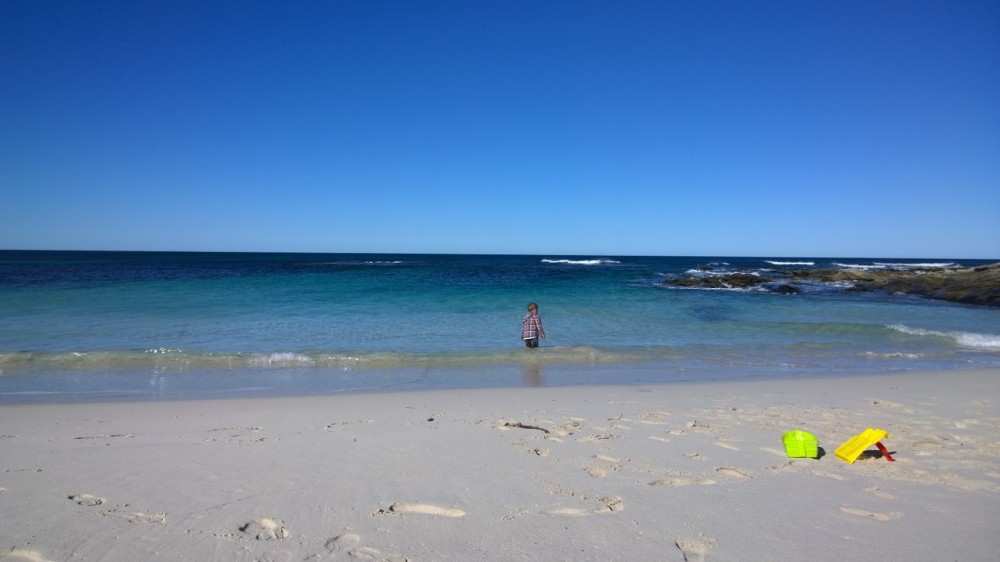 Then their pants got wet so I took them off and told them not to get their tops wet. 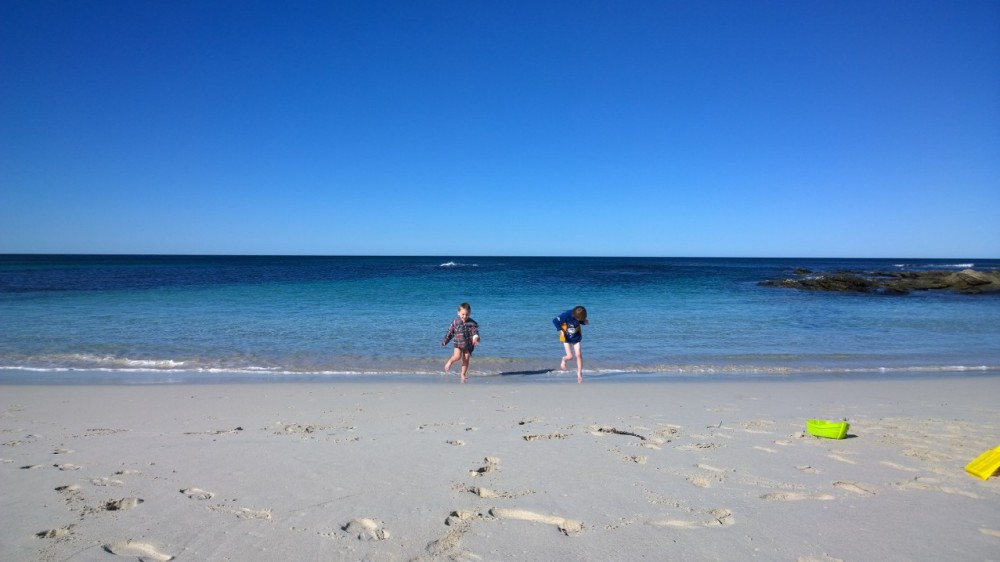 After this photo, Master J completely de-kitted and was totally starkers.

He even did a wee in the Ocean after he had checked it was OK with me first.

Not for public viewing 😉 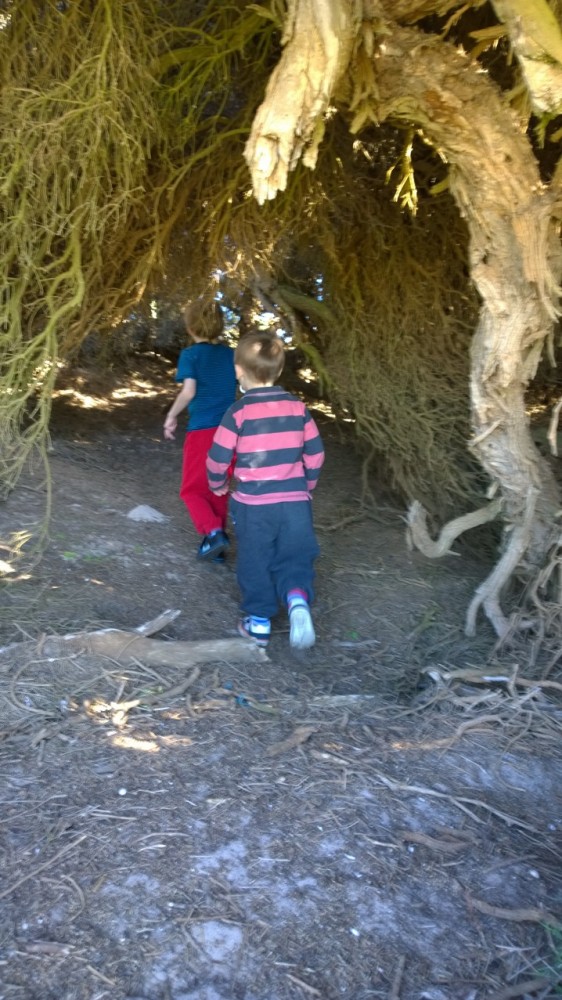 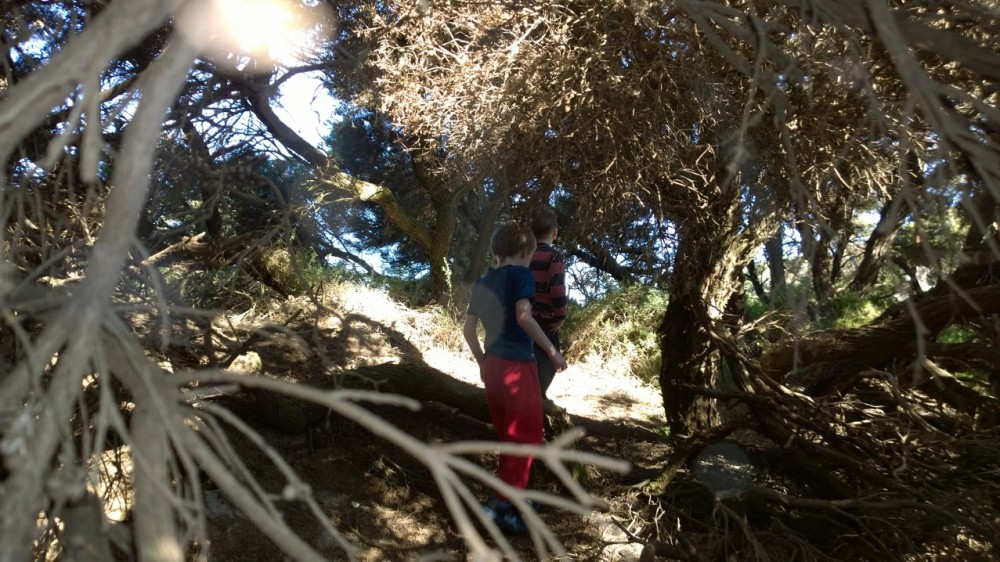 The boys discovered a tree root cave to explore.

It was 6C and raining when we left at 9am this morning so I am glad we got a lovely day in yesterday as a family.

Only 5 more sleeps to go until hubbys next days off and he will be coming home for those before returning to Hopetoun for a few more days to finish his duty there.

It was a lovely getaway by the beach but it will be lovelier to have him home.