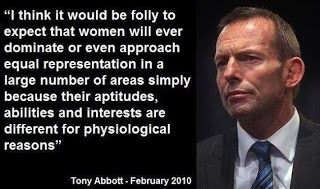 This picture has been floating around the internet for a while now. I am guessing it is being purported by Labor Supporters in the hope of inflaming all the feminists out there on the PC sexism Bandwagon.
And its working because all the comments I see wherever it is posted are all like “that’s terrible”, “how dare he”, “so sexist”, “such a misogynist” .
Predictable yadda yadda yadda.
I think its hilarious, because I actually agree with Tony. You can actually substitute the word Women for Men in his statement and it would be just as true.

In fact, I will go one step further and say that there are particular jobs which are just not suited to either a man or a woman.

I’ll let you all in on a little secret. Actually I thought it was bleeding obvious, but apparently not.
Here it is. Are you ready?
You might want to sit down because it could be a bit shocking.
Men and Women are Different.
I KNOW, right??? 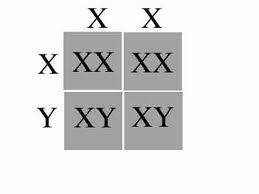 That little Y chromosome ain’t there just for show.
I have been doing this blogging caper for just under two years now and the best responses I get from my audience, both male and female, are my posts where I am pulling my hair out from something my husband invariably didn’t do because he just didn’t notice it needed doing. You all nod your heads, laugh out loud and generally agree that men are douches and are indeed from Mars. They are NOT good at multitasking, they couldn’t give a crap that there are 26 different shades of blue to choose for painting the baby room (just choose one already) and you honestly have to point out something that is right in front of their faces, like the rubbish that needs taking out or a pooey nappy that needs changing.
So, if they are like this at home, what makes you think that Men and Women are the same in the workforce??
They’re not.
In 2012, only 18% of members in the American Institute of Architects were female. Given the fact that women are more keen to join groups, I would think this figure should be higher simply because of our organisational skills alone *wink wink*. In fact it has something to do with men having better spacial reasoning than women. Go figure.
In contrast, 69% of Interior Designers in the United States were women.
This is because we DO give a shit about the variant shades of egg-shell and we care about the way a room feels when we step into it. Its the way we are built.
Deal with it.
You can also take the physiological differences into consideration. Women and Men just aren’t built the same and no amount of getting our feminist knickers in a twist will change this. We don’t have the muscle mass that men have and like it or not; our bodies are designed to bear children, whereas mens are not.
As an example of many that I can think of, why else do Men play five sets of tennis in top level competition and women only play three?  Men and Women are finally getting paid an equal amount of money for their sporting efforts because it is based on a  scale of what their physical limits are. They are doing the best that they are physically capable of. If the WTA can accept this, why cant we? They don’t have to be the same, because they’re NOT. This is why women do not compete against men in most sports – its just not a fair platform.
Equality doesn’t necessarily mean the same.
Why can we not just embrace the differences between Men and Women instead of trying to squeeze us all into the same mould of some asexual droid?
Neither Sex is better or worse than the other as a whole.
We are just different.
And that’s OK.
Whilst many men can claim to be some of the best chefs in the world, and women are gaining more prominence in many of the previously dominant male industries, if hubby and I were to have a flat tyre on the side of the road, I know who would be changing it. Not me.
Although I can.
He’s just better at it than I am. 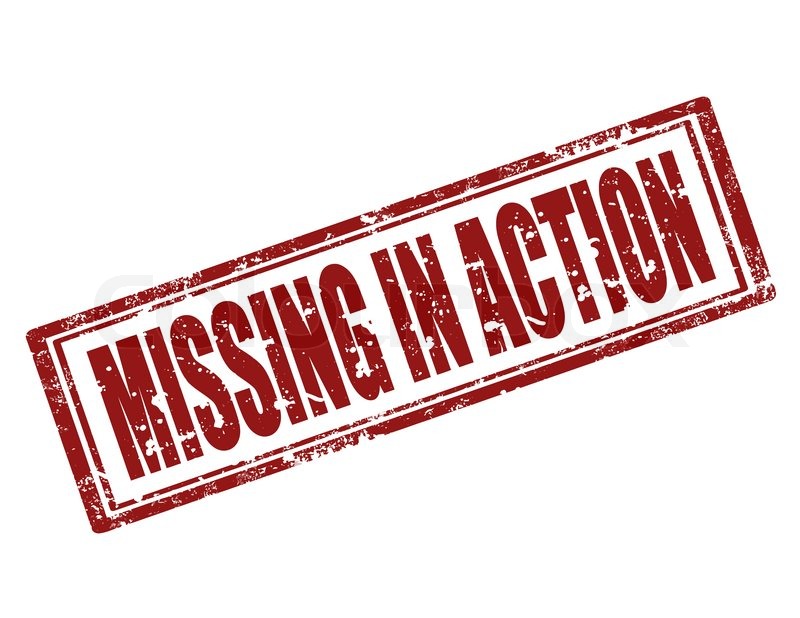