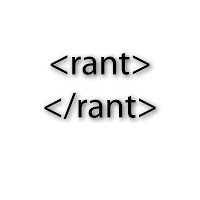 You know what totally shits me? Prank phone calls on the radio. How old are we?
12??
Do we STILL think its funny to mess with peoples emotions and feelings in a negative and hurtful way?
I live in a tiny country town and we only get one radio station with “modern”” music (unless you count triple J and I don’t.) Every morning as I am taking G Man to school they have this segment where they think its totally hilarious to call some poor unassuming person and play a practical “joke” on them. I use the word joke fairly loosely as I believe both parties have to find a situation funny for it to be deemed as a successful joke – otherwise its just a mean prank with no humour at all. A soon as I hear the phone ringing on the radio in the car I switch the volume down until I get home – and spend my time ranting to Master J, aged not quite two, how disgusting it is that we, as capably compassionate people can gain any joy from this horribleness. 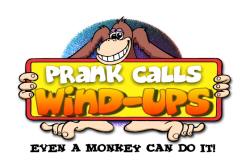 The first day I heard it I didn’t realise it was a prank and I listened. The radio host rang a lovely lady who had been a life member of some football team (Sydney Swans maybe??) and had tickets to the grand final. She had booked her flights over from Perth and everything. The DJ proceeded to inform her that there had been a mix up with the tickets and that her seat had been double booked and that she would have to share it with another person and that she would get it for the first half only.
The DJ was very apologetic, masquerading as the Sydney Swans Club Official but when this lady got quite antsy (as you would!) he started to get up her, telling her not to be so ungrateful yadda yadda yadda, when there were many more unfortunate people than her in the world and she should be grateful for her half-seat. It ended of course with her threatening to hang up, the DJ saying who he really was, and then telling her he got her number from her best friend who thought it would be a fabulous joke to do to her friend!! Realising she was on live radio the poor lady eventually starts to laugh and pretend to see the funny side – “Oh I’m going to KILL my friend when I see her next….” cue canned radio laughter, but I find the whole thing sickening, just revolting.
Another scenario was some poor girl a week out from her wedding and the Radio Host called her to tell her that her honeymoon to Mauritius had been cancelled as they had received no payment from her. She actually burst into tears and the host KEPT GOING!! Once again, it was a supposed friend of the bride who thought it would be funny….
Another prank was calling a (very sweet and unassuming) girl at her work with the DJ pretending to be from the PR department at her work. He informed her that she had had complaints made against her and that she was going to have to start a programme to work better with others to avoid being fired.
I know I say some fairly non PC stuff and my idea of what is funny might not be everyone’s cup of tea, but I think deliberately creating a false situation in order to agitate, upset, humiliate or embarrass a person just isn’t cricket. Not at all. Seriously, this just isn’t right, funny or entertaining to listen to. I cannot believe in this day and age that we, as decent and compassionate human beings can find humour in this crap. Why do we deliberately have to bring negativity, cruelty and meanness into other peoples lives?? 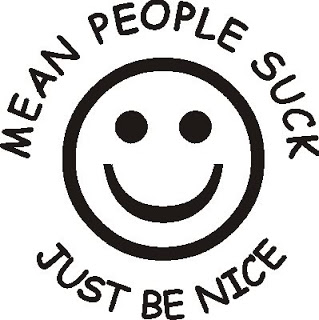 What do you think?? Do I just have my ranty pants on for no good reason?
Maybe I am just getting old and am losing my sense of humour.
Please dont let me turn into my father in this regard…..
Do YOU find these calls funny?
Have you been on the receiving end of one?
How did you REALLY feel?